DB Congress rep, Tara Toro, from New York, is our DBC "link-finder" for DBC on Facebook!  She had the good fortune to fly to California (on a plane bound west) for two back-to-back Dierks Bentley shows. Did he really make her cry?  Find out how and why... 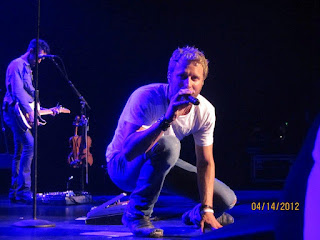 I have been a member of DB Congress for only three years, but in that time I have kind of made it my goal to attend every Dierks show I possibly can (which can be challenging with kids). I wanted a DBC shirt, but they were always unavailable.  So when I saw recently that they had arrived, I was super excited because I knew a concert was right around the corner!

Happily, a work trip in California for my husband came up and we realized we had airline tickets that were going to expire. I did not have to ask twice about coming along for two shows-LA and Pozo, April 13-14. My husband said yes and we were on our way (with kids in tow). Thankfully, I have a very supportive hubby!

So off I went solo to the Nokia on Friday the 13th.  I met some really nice fans near me and we chatted until the show started. Will Hoge (he’s really good!!) and Eli Young Band got everyone’s energy up as the openers. Dierks and the guys came out and did an absolutely terrific set. They played five songs off of “HOME” and all of the hits. He also had two special guests, Chris Shiflett from the Foo Fighters and Garrett Hedlund, from the movie, Country Strong. 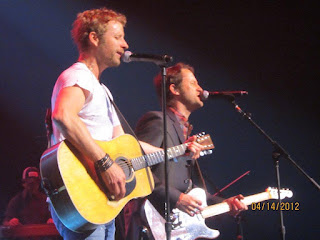 Everyone around me was out of their seats and totally enjoying themselves. He has such a rapport with the audience and succeeds in connecting with so many people. He and the guys never disappoint and always give more than 100%.

Then it came time for "How Am I Doin’."  I know this is the song where he goes to a gal and chats with her. I had the crazy pleasure of it happening to me two months ago in NYC during HOME release week. When it came time for that part, and he walked over to me, honestly the first thought in my head was “what the?!” I mean, once is a once in a lifetime thing, but twice?

He slipped a bit on the way over, so I braced his leg, then literally he sat on the stage in front of me, held my hand, asked my name then the usual “where’s the after party?” To which I replied, “on your bus,” and he laughed. Got up, inserted my name into the “Tara, don’t lie you know you cry, cos you know how good it used to be...,” looked over at me and pointed, and I pointed back.

Seriously, what a thrill! I cannot believe it happened. The guys next to me were so happy for me, they high-fived me.  No photo though, their camera had died.

The show ended with "What Was I Thinkin’." I know I will be thinkin’ about this night for a long time. 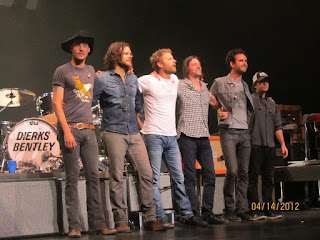 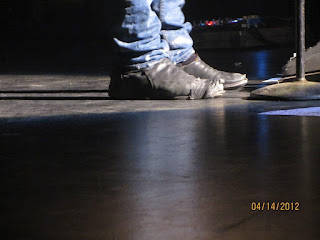 Day #2:  This is not a ‘Dierks held my hand’ story for Pozo but simply what a gal will do to get to a DB concert--set off alone on a beautiful sunny day, ready to pop the Dierks cd in the player for the 4-hour drive in the rental car.  After driving through Chevron land, I should have had a clue the poor GPS was not leading me in the right direction.

Then I saw “Pozo 20 miles” and was psyched. The joke was on me.  It took me on Forest Mountain Road (I believe), a dirt road about 20 miles long up and down the mountain cliffs, one lane if you can call it that, no railing, small boulders in the middle of the road, me crying and thinking, “this cannot be the right road, there is no way Goldie (Dierks’ tour bus) could have gotten through this!”  Lots of prayers, and then seeing cars/RVs/buses and thinking I have reached the land!

Pozo was a totally different venue than the previous night in LA, but Dierks and the guys are so versatile that the shows come off so well no matter if it’s outside, a 500 capacity dive, or the 5,000 seat Nokia Theater. 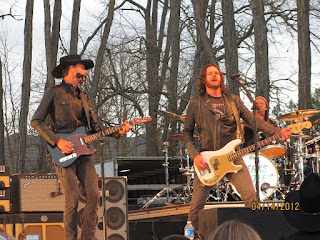 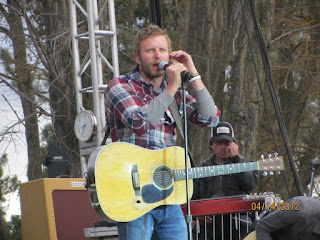 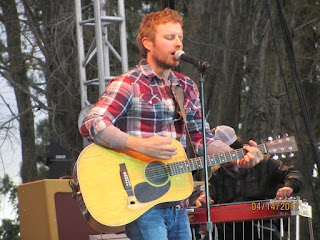 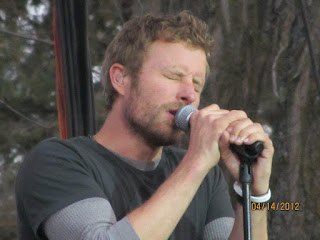 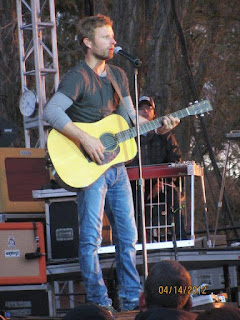 He opened the show with “Country and Cold Cans,” and did four other songs off of HOME: “Tip It On Back,” which he said he hopes to have as the fourth single in the fall, “Home,” which was almost magical as he sang it against the beautiful Pozo sunset, “5-1-5-0,” and “Am I The Only One,” along with his hits and some Buck Owens “Act Naturally” in a nod to the Bakersfield sound. The crowd loved it and went a little 5150 (crazy) with their very interesting dancing on the grass, (I wish I had captured Dierks' face as he watched that) and weed smoking, to which Dierks inhaled deeply a few times to laughter and applause.

The nice thing at Pozo is, I got to meet David and his wife Jamie.  It is true that through the DBC you get to meet so many nice people who become your friends! There may not have been any personal moments at Pozo, but it was another fantastic show that was totally worth the cross country plane ride. And it took me a lot less time to get back to our friends’ house on a much safer road!