Not A Lot Of Love For Dierks? 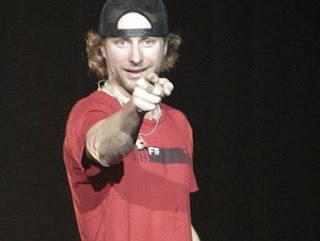 Our friends and fellow DB Congress reps Lauren and Erin at Country Music Is Love.com are featuring a weekly column: Open Mic with Mike Thomas.  This week, Mike gives his take on the Top 10 Underrated Artists of the 2000′s.  Our prez, Dierks Bentley, comes in at #2.  Do you agree with Mike?  Leave your comments here and there!

"#2… Dierks Bentley - It’s hard to believe that Dierks released his first album in 2003 and is now up to SEVEN albums. He’s toured with Brad Paisley and Kenny Chesney, headlined his own tour, and for a couple years, was a perennial nominee in the Male Vocalist category. To be this high on my list there has to be a reason for using the term “underrated” and here’s how it applies to Dierks: two platinum albums, a greatest hits package, and a bluegrass project all before the age of 35 – yet, Dierks will be sitting in the crowd at the CMA’s this November watching Kenny, Brad, Keith, Blake Shelton, or Jason Aldean take home the trophies. Here’s a guy who was so hot at country radio that women debated if he was better with the long, curly hair or the buzz cut when he shaved his head for his “Long Trip Alone” video. This guy has a deep songwriting range, he’s an amazingly talented musician, and really is one of the coolest guys to hang out with backstage. I think his bluegrass project is what caused him to be out of the CMA conversation this fall and I look for Dierks to be back in the game this spring."
Posted by DB Congress at 9:56 PM