Halloween with the Bentley's

Most kids look forward to Halloween because of all the free candy.  Dierks looked forward to it because of.... explosives? In an article on GACTV.com, DB discusses his past Halloween tradition of blowing things up and what he plans to do this year:

For Dierks Bentley, Halloween was another holiday he could use as an excuse to get his hands on explosives.

"When I was a kid, I was all into fireworks," Dierks said.  "Growing up in Arizona, we couldn't get 'em so we'd have 'em shipped in illegally.  I still remember the name of the guy we'd call.  His name was Joe, and he's bring in, ship 'em in a package with no writing on 'em.  We were all about M-80s in the mailboxes and bottle rocket wars.  To me, as a kid, Halloween was fireworks, was blowing up stuff around home."

Halloween is a little tamer for Dierks these days.  As the father of two young girls, Dierks is letting his older daughter, Evie, call the Halloween shots, including what Mom and Dad are going to dress up as.

It sounds like Halloween will be a family affair... even Jake and George were getting in on the costume action!  Here's some pictures that Dierks tweeted earlier this week:

We can only hope that we get a pic of Dierks as Swiper...  I think we'd all laugh. A lot. haha!
Happy Halloween!! 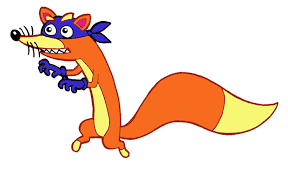