DIERKS BENTLEY NEW ALBUM, "UP ON THE RIDGE" ON SALE THIS SUMMER 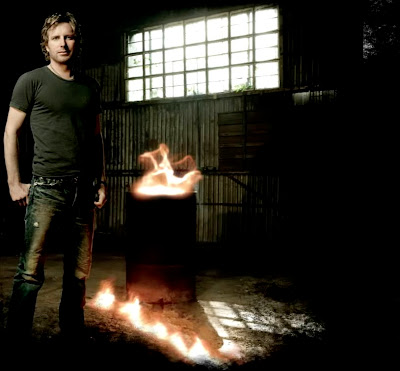 Singer/songwriter Dierks Bentley has said many times that if he hadn’t discovered bluegrass, he’d never have become a country singer or landed a record deal. His love for country was kindled by the energy and artistry of bluegrass, and he’s never lost his passion for it.

Now, seven years into one of the most distinguished and critically acclaimed country careers of modern times, Bentley has plunged deeply into acoustic roots music. The results of that creative journey will come out this summer as the very special new album Up On The Ridge.

Much more than just a bluegrass concept album with guests, Up On The Ridge features Bentley working with some of the finest acoustic musicians in the world, including long-time collaborators the Del McCoury Band and a magical new musical partnership with Chris Thile and the Punch Brothers. The disc also features a number of vocal and instrumental contributions ranging from Alison Krauss and Miranda Lambert to Tim O’Brien and Sam Bush, among many others.

“This album won’t come as a surprise to my hard core fans,” says Bentley. “They've asked me: ‘when are you going to make a bluegrass record?’ And I was just waiting for the right time.” So with a grueling tour behind him, Bentley felt liberated to pursue the project. And for his career home, Capitol Nashville, Up On The Ridge represents a rare and exciting opportunity to capture an artist working entirely from the heart.

“I didn’t want this to be ‘Dierks Bentley and friends’ or a ‘Dierks does bluegrass’ kind of album. I wanted each song to have something special about it, and in the end I think each song really does have its own thing going on.”

Those songs came from Bentley’s proven pen, as well as some unexpected sources, such as Bob Dylan. Working with an award-winning singer/songwriter/producer Jon Randall Stewart and world-class recording engineer Gary Paczosa, Bentley has crafted an album with rooted familiarity as well as big surprises. “It’s my version of bluegrass music,” he says. “It’s not just banjos cranked up to eleven. It throws out a big net.”

In the 1950s and 60s, bluegrass and country music overlapped, living side by side on the radio and in record bins. Even though that’s rarely the case today, Bentley sees no reason why he shouldn’t be able to pursue all the styles that influenced who he is as an American musician. He is clearly destined for a long career, and Up On The Ridge is likely to be regarded as one of its highlights.
Posted by DB Congress at 7:42 PM