Instructions from Dierks: How to Write A Song (for a Woman) - Esquire Magazine

You may remember Somewhere in Mississippi, Dierks Bentley's songwriting challenge for Esquire magazine's March 2010 project.  Now a year later, Dierks writes a ditty in and about Detroit, along with a fashion photo shoot in Motor City for the magazine again.  "...he wrote such a good song [last year] that we pretty much had to ask him back this year." (Esquire).  Now I know what you're thinking. Dierks + fashion photo shoot? This from the guy who wears a white T and backwards "Stubbs" cap 90% of the time?  Yep--and he wears Armani well, doesn't he? 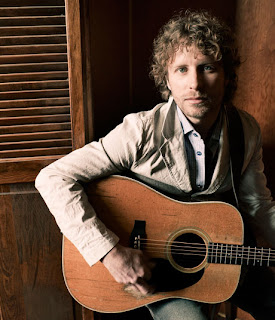 The country soul of Detroit: "For a country singer, there's a connection to Detroit in that hardworking blue-collar people are the lifeblood of what we do. Every four years, politicians go out on the road and talk to real folks to get their votes. But that's what country singers do every day. We talk to the people before and after the show. We have a sense of what's going on without looking at the stock ticker." 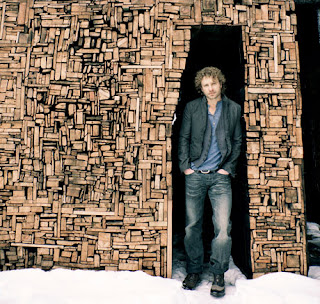 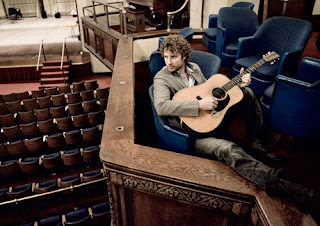 This year, our DB prez also gives instructions on how to write a song for a woman and it's featured in the May issue on sale April 26:


Originally published in the May 2011 Music Issue, on sale any day now


Little story: I moved to Nashville when I was nineteen, and I started collecting songs I had been writing in a three-ring binder. I was getting great feedback from family and friends, so I was feeling pretty good when I took a job working at one of Nashville's many publishing companies answering phones. One Friday some of the writers invited me to hang with them at the end of the day and play a song. I pulled out my best tune when it was my turn. One guy told me I needed to write five hundred more songs, put them in a drawer, and then give him a call.


Luckily, your audience is going to be a lot more sympathetic.


Acoustic guitar: It's portable and every guy looks good playing it. And it suggests an appropriate measure of sensitivity. That, or a small Casio keyboard. If you can get the girl to start laughing before you've even uttered a word, then you're off to a good start. (With love songs, as with love, humor is underrated.)

Hum out a little melody, get to the chorus quickly, and keep it simple. Whatever you're playing is merely supporting your clever, sincere, heartfelt, and occasionally funny lyrics that she never in a million years expected you to sing. The right words are 90 percent of what you're going for. About the words ...


Unless you've got Dr. Luke building you a monster track, you aren't going to be able to hide crappy lyrics behind the music. In fact, crappy music might be the foundation for your lyrics, so they need to be great. But greatness in this context is easy. You don't have to be Kris Kristofferson. (Or Mumford & Sons. I really dig their simple but gigantic lyrics.) A few tips:


Avoid the generic. The only reason Justin Bieber can get away with a whole chorus that uses only the words baby and ooh is because he's Justin Bieber. Specificity and originality beats cliché every time. So maybe instead of "I love you, I need you the rest of my life," go with "I could live without your love — I'd just have to get used to feeling numb the rest of my life."


When I perform, I always look at specific people to read their energy and feel what's going on in the room. The more they get into it, the more my energy level goes up. The bottom line is: Look at her.


It's probably best not to use a guitar pick; less noise to interfere with the lyrics.

And if you screw up, it's no big deal. When I forget the words during a show, I rewrite them on the spot. No one ever seems to mind. She won't either. (Some emergency rhymes: Crazy/baby, girl/world, apart/heart, desire/fire.) The key to screwing up a song is to laugh it off and press on. No matter what happens, good things are waiting for you after that last note.
Posted by DB Congress at 10:56 PM

Email ThisBlogThis!Share to TwitterShare to FacebookShare to Pinterest
Labels: Detroit, Dierks Bentley, Esquire magazine, how to write a song for a woman, Somewhere In Mississippi