DIERKS MAKES A NIGHT OF IT 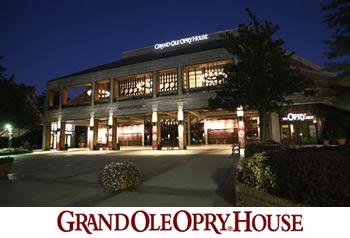 The next best thing to being there in person, is listening to The Grand Ole Opry live via wsmonline.com. The longest running radio broadcast (since 1925), the Opry morphed into an iconic live entertainment experience, dedicated to honoring country music’s rich history and dynamic present.

It's even sweeter when GOO Member Dierks Bentley is on the line up! Tuesday night Opry was such a night, and a few of us DB Congress reps were listening online and chatting on dierks.com when the one and only Eddie Stubbs, 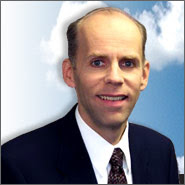 an announcer on WSM’s Grand Ole Opry, and evening DJ on 650 AM WSM, introduced our prez: "It's a treat to have this young man with us tonight...he wanted to be a part of the Opry family so bad he could taste it!" 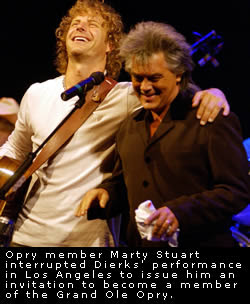 Dierks began his set with Free and Easy 1,2,3,4! And it was obvious the feeling was mutual, because Dierks plugged in "Eddie Stubbs is rockin' on the radio" in place of the normal lyric. ...someday I know it's gonna take me home...I could just picture him pointing to the sky! Love that banjo, Tim!

Next up, Feel That Fire. Perfect! So Steph, David, Debbie and I tried to guess what the third song would be (hoping there would be a third song), Sideways, Better Believer, Beautiful World....nope! He launched into Lot of Leavin' Left To Do, right after introducing the guys. I was really impressed that this time he actually said their names slow and clear enough to understand.

Right before LLLTD, Dierks told a story of staying out late after the Brad concert and coming home, having to kick in the doggie door. Really funny.

And then at the end of the Opry show, Eddie said Dierks was gonna join him in a few minutes in the WSM studio (next door to the Opry House in the Gaylord Opryland hotel). So we stayed online and cotinued to listen, and Dierks came in! He was there with Eddie for over two hours talking and playing most of the songs from the new CD! (Little Heartwrecker, I Can't Forget Her, You Hold Me Together, Better Believer, Last Call, Feel That Fire, I Wanna Make You Close Your Eyes and Beautiful World).

Dierks talked about each song, and said FTF was written as a heads up to all the guys to know what makes a girl want to feel that fire.

When they played Beautiful World, Dierks said if there was just one song he would want to be known/remembered for, that would be it. So they asked listeners to call in and comment on the song. David called in to tell them he loved BW! They said they would pass it on to Dierks, and they actually said on the air, "this guy called from Louisville, KY, couldn't even wait for the song to be over to let you know how much he loves the song." So then I called and it rang again and again and again and again and again (sorry, I type in Dierks lyrical rhythm), then they picked up and I said "I'm calling to comment on Beautiful World," ok, hold on--click. So I'm on hold forever--really thought about hanging up, when they came back on the line.

ME: Hi, This is Ronna, from Tampa, Florida.

DB: Hey, this is Dierks!

ME: You're kidding?! They've got you on the phones?

ME: Great! We just listened to you on the Opry, you guys sounded great! We are so proud of you!

DB: Thanks! So what do you think of Beautiful World?

DB: So do you think between 'close your eyes' and BW, which one should be the next single?

ME: I love both, but I think close your eyes has a better chance of making it to #1 on radio.

DB: I know, that's the cold hard truth (*he said disappointedly).
(*I felt bad, cos he had just said on the air that he wanted to be remembered for that song).

ME: I was at the March 14 Nashville/Brad concert--but up in the stands...you know I am used to being down on the floor by the stage.

DB: So how did we sound up there?

DB: Well I gotta get back on the air, tell everyone I said Hi!

OK, so after that, I did not wanna close my eyes! Was I dreaming?
ME: Honey, I just talked to Dierks on the phone!
Hubby: I know, I heard you. I told you he was a good guy!

And still tonight as I write this--nearly 24 hours later, Eddie Stubbs continues to show so much admiration for Dierks on his radio show: "We are so blessed to have artists like Dierks come by and spend their time with us...he was here for 2 hours last night...talking about his new album, and to get somebody of his stature in this day in time to give up his time...with wife and 6-month old daughter waiting at home, that speaks volumes."

Email ThisBlogThis!Share to TwitterShare to FacebookShare to Pinterest
Labels: beautiful world, Dierks Bentley, feel that fire, Free And Easy Down The Road I Go, Grand Ole Opry, I Wanna Make You Close Your Eyes, Lot of Leavin' Left To Do, WSM 650 AM Radio