Alacia represents Utah in our DBC mission to make and keep Dierks Bentley #1! She won General Admission tickets for the free Verizon show in Las Vegas on Friday night, February 26 via the DB Fan Club, but not Meet & Greet passes. Little did she know, she was about to get lucky! Verizon emailed me and asked me to get the word out about the Free show (which I was happy to do) and for people to enter via @vcastmusic on Twitter. They offered a pair of passes to meet Dierks, and lucky Alacia was the first to respond to me via Twitter! Here's her story:

First off I want to thank Ronna and the DB Congress for giving me this amazing opportunity. Friday night was amazing!!!

I didn't know if I was going to be able to make it. I was first on the waiting list to even get general admission tickets. Then someone else declined their tickets and I was in. I was so happy I was dancing at work! Then through Twitter I won VIP Passes. Thank you Ronna. Then all my wildest Dreams came true. I was on my way to Vegas to see my favorite artist--life couldn't be better.

While I was on my way I realized my paycheck hadn't came through, so I had $180 bucks to go to Vegas on, which is just enough for me! While I was driving I thought about Dierks' song, "Can't Live It Down," and how it fit perfectly to my life right now.

"There's times I've wasted money 'cause I know that I can always make more cash, but wasted time is something man, when its gone you can't get it back"

I knew I couldn't waste this opportunity to see Dierks. 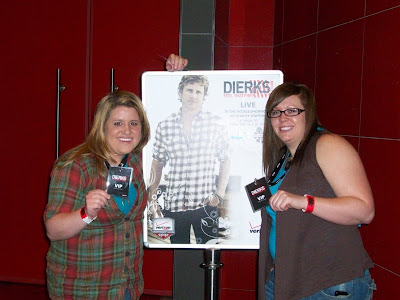 When we (me and my friend Kenzie) got to Aliante Hotel and Casino, everyone was super nice. The Verizon people were great to work with. We picked up our VIP passes, and were brought into the venue an hour before General Admission. It was great! We all got our own booths, and we had time to get a drink and prepare ourselves to meet the man of the evening.

We had our Meet & Greet and I decided to go to the back of the line so hopefully I could have a little more time with Dierks. I asked how his plane trip was and if he survived the trip with the sick guy behind him , and if his mouth still tasted like an ashtray from wrapping the sweat shirt around his face from the Jamey Johnson concert. That picture on Twitter was priceless. He then said that he thought the guy had sars or something and we laughed.

"should i breathe what the crazy sick dude behind me is hacking out or the smoke on my sweatshirt from @jameyjohnson show last night?"

"went with sweatshirt...for four and a half hours. feel like I swallowed an ashtray." 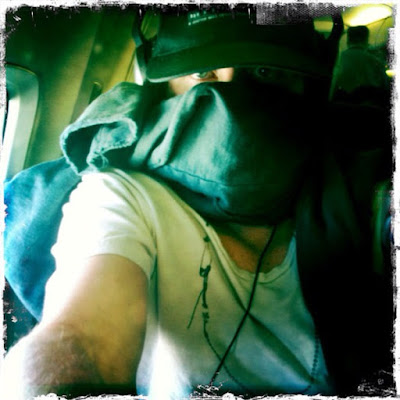 Verizon took our photos for us and put them in a neat frame, it was great. Dierks did have a little cough at the Meet & Greet but it did not effect his voice at all that night he sounded great! 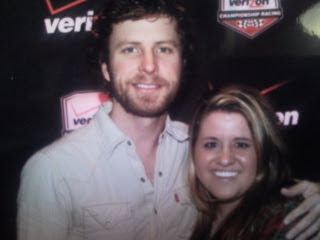 Right after the meet and greet we decided to opt out of sitting in our booth and headed straight for the stage--we were front and center. The best seats I have ever had for a Dierks Show. He started out the night with "Sideways," a crowd favorite. He proceeded to play all the hits. He even played "Little Heartwrecker" which I had never heard live before so it was great. He twirled my friend Kenzie around singing, "How Am I Doing" and she was on cloud 9. I am pretty sure he made a huge fan out of her and she will be signing up for the fan club now.

My highlight of the show was during "What Was I Thinkin'," when he put the mic in my face and I got to sing it with him. I was so so so so happy :) He ended the night with Last Call and Folsom. He even made a joke about how Robbie was wearing Black in honor of Johnny Cash and he usually wears very colorful outfits. 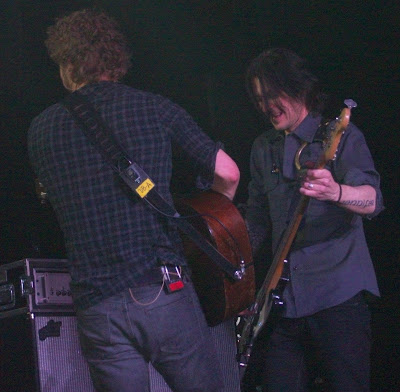 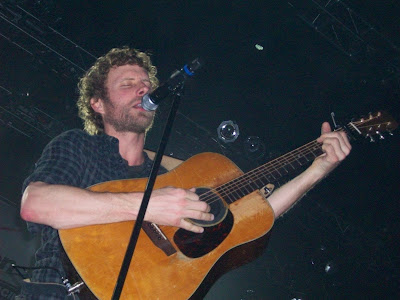 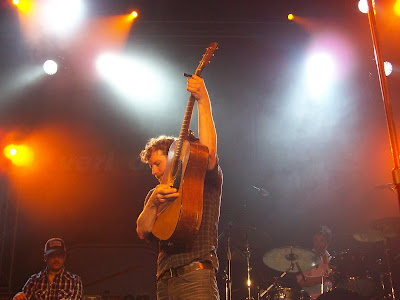 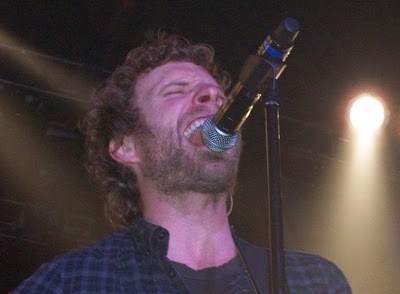 After the show he signed for almost everyone at the stage. He went above and beyond for his fans which isn't unusual :) He is so great to us fans.

Another highlight was meeting other members of DB Congress. I finally met Smiling29 who is Marci (photo below), she is such a sweetheart and Breckinridgegirl--she is a hoot. 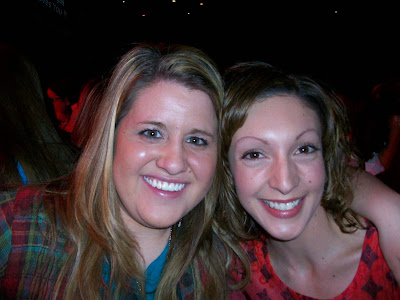 Thanks again to the DB Congress and Dierks for making this a night I will never forget. It was Awesome!
Posted by DB Congress at 12:42 PM