Bentley Talks About Babies and Bus-Life 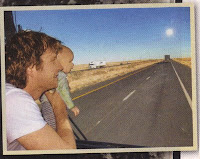 How much preparation you have for a child depends on how many children you already have, apparently. “The first one, you think about it a lot, you’re prepping for it,” Dierks said. “My wife did a natural childbirth the first time around, so there’s a lot of thinking that goes into that. We were thinking about Evie a lot more than the second one. You’ve got your hands full with the first one, and so there probably is some truth to being the middle child or the baby [laughs], because they don’t get as much attention as the first. We’ve got our hands full with Evie. She’s so much fun and a total ham. It’s a crazy deal. There’s not words for it.”

Ever since becoming a father two years ago, Dierks has learned to put his career as a touring artist into perspective. “When I come home from the road, you go from one extreme to the other,” Dierks explains. “You don’t realize how selfish the road is until you really come off of it. But the road is the most selfish environment and that’s why we do it, I guess. I can play music on a cool bus and I’ve got video games, and everything’s on my time. I eat when I want to eat. I might sleep in, I might stay up until 6:00 AM, but I’m working. I’m working on music. You think you’re working, but then you get out there and you know what your wife’s doing at home and you feel guilty. ‘Want to play another game of Tiger Woods, that golf game? Yeah, let’s play.’ It’s just two extremes, for sure. I love them both. I’ve got to have that time on the road, to be that gypsy and be out there with the guys, the band, the fans and the road. It’s still in my blood being on the bus, but I love being at home and having that realness. And the second one is going to [make it] even better.”