Dierks at The Troubadour: DB Congress Rep Review by Beth 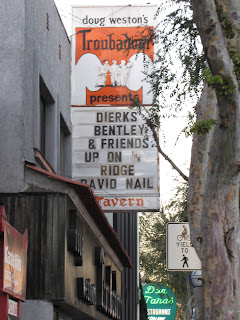 "Dierks Bentley and Hollywood seem to be synonymous with a great show and this year was no exception. Hearing about this show I recalled what a great time I had at the 2008 pre-Grammy show [at the Knitting Factory] and was excited to find out what would be in store for us this time around.
The Troubadour is, to me, the essence of a vintage, Hollywood music venue -- intimate, it’s got a good vibe and it holds a fun history. With maybe 20 feet between the stage and the bar at the back of the room we knew it would be a cozy show and a set list packed with great music.
The show started off with a few of Dierks’ own songs but then he began mixing things up for the night with only one rule -- “one for the fans, one for the legends.” Shows like this are always a fun departure from the ‘normal’ show as there are no rules or set lists. With each special guest strolling out on stage, some had a plan and some, like Zac Brown, figured it out once they were out there but that’s what made it fun and kept it interesting. ‘Crossroads’ with Sam Bush was a definite highlight to the night along with the humorous ‘Diamonds Make Babies.’ 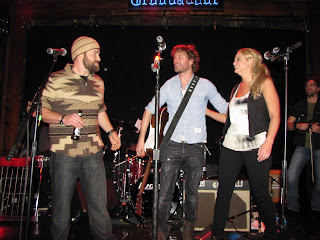 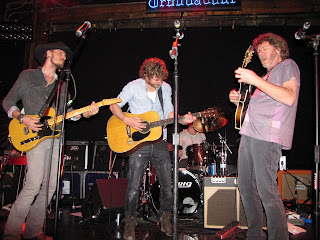 Brian Layson, Dierks, Sam Bush
I don’t like to sound clichéd; however, Dierks’ guest choice is a testament to the fact that you can bring artists from different genres and not just make it work but make it spectacular. Where else on earth would you find Dierks Bentley on stage with Del McCoury, the Travelin’ McCourys and Dan Auerbach from the Black Keys? It’s a kind of unique thing that only Dierks can seem to pull off and I enjoy it immensely. 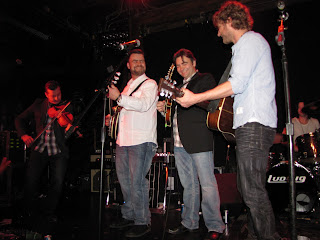 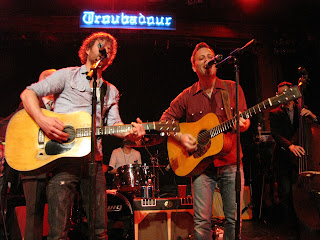 Dierks and Dan Auerbach of The Black Keys 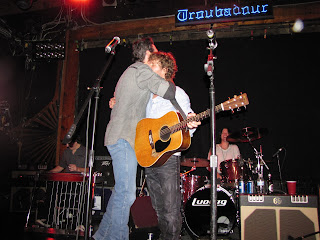 Blake Shelton and Dierks: Should Miranda be worried? 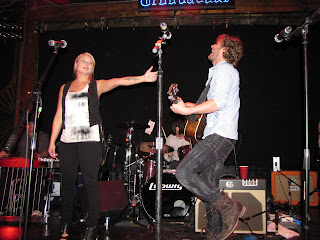 Miranda and Dierks
﻿
I will always love these shows because they are random, eclectic and fun. I am grateful Dierks still enjoys doing things like this because they are, in my opinion, some of his best shows and I’d like to think the fans enjoy them just as much as he does."

Blog and Photos by: