Dierks Nominated for ACM Album of the Year 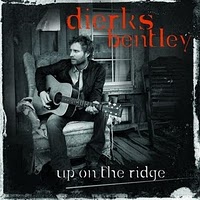 Dierks Bentley's name was announced as an Album of the Year nominee for the 46th Annual Academy of Country Music Awards.  The press conference was held this morning at the Country Music Hall of Fame® and Museum in Nashville.

This nomination for "Up On The Ridge" follows a CMA and a Grammy album nod.  While the CMA went to Miranda Lambert for Revolution, the Grammy (Feb 13) and ACM awards are still up for grabs!  We know all the DB Congress feels it deserves to win.  Let's hope Storme Warren was right when he texted Dierks:  "Hold on to this text.  You will win a Grammy for this album."

Dierks tweeted and posted his feelings early this morning on facebook:


"not much sleep, songs in head. but hearing that RIDGE was nom for ACM album of the year is like a really strong cup of good good coffee"

"I want to start by saying a HUGE thx to the ACM and the voters. really special album for me. but it all comes down to the fans on this."

Then an hour later...


"of course I got to thank my girls back home. if it wasn't for them... OPPS! sorry, feel back asleep & was dwittering...dream tweet. dang"

Email ThisBlogThis!Share to TwitterShare to FacebookShare to Pinterest
Labels: Academy of Country Music Awards, Album of the Year, Dierks Bentley, Up On The Ridge