Dierks Bentley is getting lots of hockey practice in lately. Conspicuously missing from the CMA Awards (*that is soooo wrong!), Dierks was playing a little late night hockey with a local Nashville team Wednesday night.

Then, this morning, he picked up some practice time with the Waterloo, Iowa Black Hawks, where he's performing his night job as country artist, singer, songwriter, entertainer tonight--probably as I type this.

WCSCourier.com wrote an article with some killer pictures and a video of Dierks and the team. 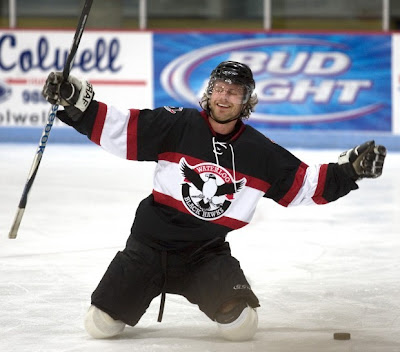 Dierks himself posted a few Twitter pics and that distinctly DB humor on the topic:

"good news: about to skate with the waterloo black hawks...bad news: can't find my cup. #fb" 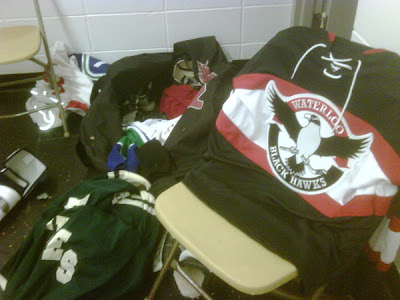 "pic with the waterloo back hawks after practice.several of the guys wanted to know if i could hook them up with @taylorswift13 .good dudes #fb" 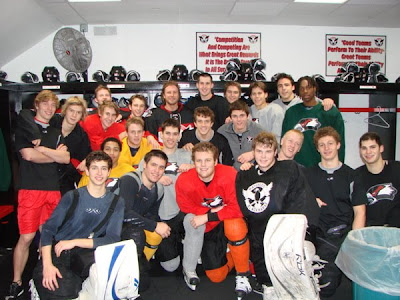 "I usually get a workout in before a show and this is a lot more fun than going to the gym," Bentley said when the morning pre-skate was over. "I just love playing hockey."

"The funny thing is I'd like to get these guy's autograph as much as they'd like to get mine," said Bentley. "I'm a huge fan of hockey, and these guys are so accomplished…I'm trying to bring hockey and country music a little closer." ~USHL