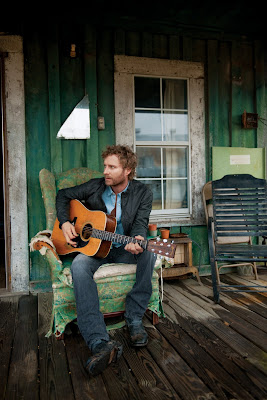 Dierks Bentley and the Travelin' McCourys will be knocking on Knoxville, Tennessee's door tomorrow night, May 2. The Knoxville News posted an article on their website in preparation for Bentley's Bijou Theatre performance.

Dierks Bentley was a little taken aback when a country music magazine said he'd "taken a break from country" on his upcoming album "Up on the Ridge."

"I've probably made the most country record of my career!" says Bentley."That's what this album is. But, if your frame of reference for what country music is only goes back to 1990, you're going to have a serious problem understanding this album. Mine (reference) goes back to Bristol (the first recordings by the Carter Family and Jimmie Rodgers) and maybe a little bit before... Whatever happens I've already achieved my goal. All I can hope for is that my fans love it, and if they don't like it, hopefully they'll respect that I'm not trying to do the same things over and over again. I'm trying to push the boundaries and keep myself interested. ... And, really, I feel like I'm going back and claiming some territory that I have history with."

Email ThisBlogThis!Share to TwitterShare to FacebookShare to Pinterest
Labels: Dierks Bentley, Dierks fans, Knoxville Tennessee, Up On The Ridge