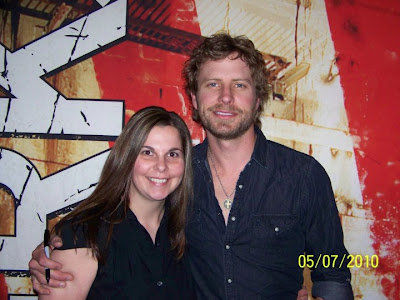 "I just wanted to share with you my wonderful experience last night. As you know, it was my very first fan club Meet & Greet with Dierks last night in Portsmouth, NH at The Music Hall. Thanks again for your kind words and advice.

So, there we were - waiting patiently for the door to open and for Brit to say, "okay, come on in...." My knees were shaking a bit. The line forms backstage and there he is - looking fantastic as usual, just as I remembered from last year's Last Call Ball. We meet (again), shake hands, he asks what my name is...we take our picture and I give him a gift - a "NH Live Free or Die" bumper sticker for his new guitar case. He took it and read it aloud and asked if that was a New Hampshire slogan. I said yes and he said that he didn't know that. He loved it and said he would place it on his case right away. He put it in his back pocket. 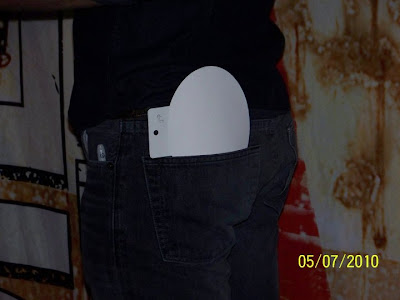 I asked him how things were back home and mentioned that NH had its own battles with flooding last month so, personally, I understood and was thinking about him. He was so friendly and you really could see how much he cared about his fans. For those who attended the show the night before, he asked what they thought about the CD that was handed out. He really wanted to know what the fans thought about his new music. I was standing to his right and he needed to get to the other group of M&Gs. He put his arm around me and I gave him back the biggest hug! It was fantastic! I guess I was in the right place at the right time. It's something I will remember for a long, long time.

The show began and it was truly amazing. About mid-way through, in between songs, he said "thank you, New Hampshire - live free or die," which put a huge smile on my face. He talked about his new guitar case and said, "thank you for the sweet girl who gave me the bumper sticker." I was jumping up and down in the aisle. My night couldn't have gotten any better. After the show, I told my husband that the night was probably one of the best nights I've ever had. It was truly special. Thank you Dierks!

When I got home that night (well, by then it was morning...) I saw his Facebook status - (it just keeps getting better!):

"the dude in the white long sleeve, best dancer of tour. NH,live free or die..we love you" 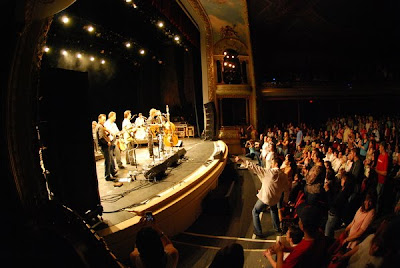 And, I'm in the picture! I'm the one straight ahead leaning against the wall in the black shirt. See me?

Here are a few pictures from last night. I truly mean it when I say that last night's experience will stay with me for a very long time. 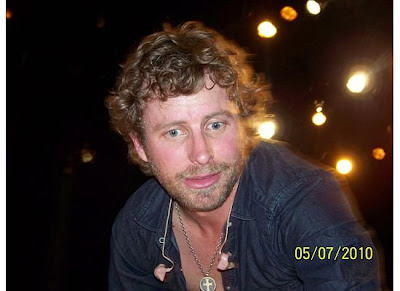 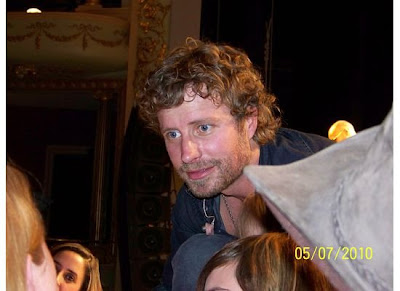 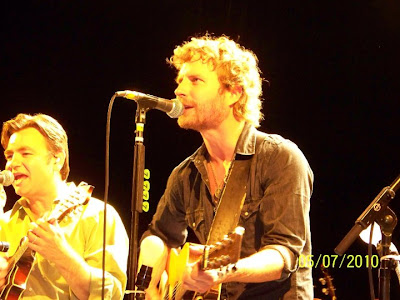 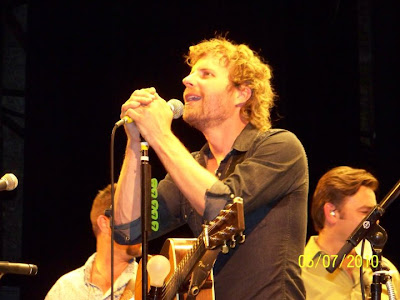 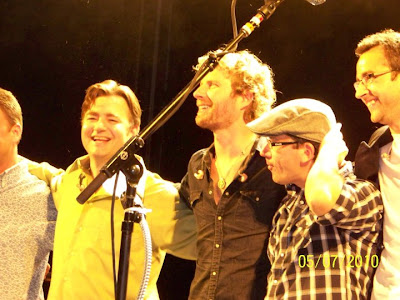 Thanks again, Dierks, for being who you are, taking time for your fans, and making me feel special.

P.S. Not to mention that Dierks ate at the same hamburger joint that my friend and I did after the show - Gilley's in Portsmouth - which he tweeted about."
Posted by DB Congress at 4:27 PM