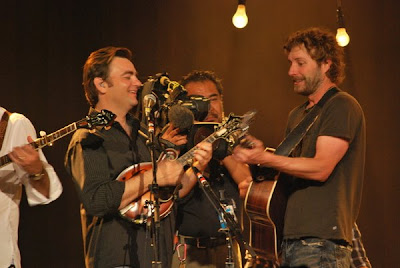 Dierks Bentley sent a series of tweets to fans just seconds before he hit the stage in Boston tonight, trying to get through to Alison Krauss who is answering phones for the WSMV-TV in Nashville telethon tonight, raising money to help victims of the Nashville flood.

"im about to call 615.369.7452 to donate to red cross for flood disaster. every bit will help. lots of folks in need. give if you can...busy signal after busy signal...that's a good sign!... trying a new number (877) 345-1522...dang it. even tried calling alison krauss on her cell phone. love that so many people are calling. I got to walk on stage in boston...will be trying right after we walk off. missing nashville....keep up the good work everyone"

Dierks will also play a part in the "Music City Keep On Playing, " A National Telethon to Aid Nashville Flood Victims, scheduled to air live on GAC TV from The Ryman on May 16.

Brad Paisley, Lady Antebellum, Dierks Bentley, Rodney Atkins and additional artists will perform live at Nashville’s Ryman Auditorium while celebrities will host and join other volunteers to man phone banks to collect call-in donations. The special will re-air at 10:00 p.m., 12:00 a.m. and 2:00 a.m. and phone lines will remain open for donations. All money raised will go to those in need in Middle Tennessee. Community Foundation of Middle Tennessee (cfmt.org) will be the organization processing and distributing donations.

While Music City is in recovery mode, its hospitality industry is already setting the stage to welcome visitors this weekend. The city’s ensemble of popular hotels and attractions will be business as usual by Saturday, May 8.

“Nashville took a hit last weekend and a few of our signature properties will need time to recover, but the music is still playing! Our hallmark attractions and hotels are open, and our world famous hospitality is ready to welcome guests,” said Butch Spyridon, president of the Nashville Convention & Visitors Bureau. “Nashville’s hospitality industry remained largely intact while record breaking rains fell over the city.”

Performances of the Grand Ole Opry are continuing as scheduled at various venues downtown including the historic Ryman Auditorium, and the General Jackson Showboat plans to be in operation as early as this weekend. 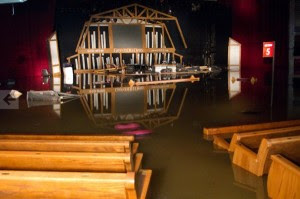 A few of the city’s other premier attractions that will be open this weekend include the Country Music Hall of Fame and Museum, Belle Meade Plantation, The Hermitage: Home of President Andrew Jackson, the Frist Center for the Visual Arts, Cheekwood Botanical Gardens and Museum of Art and the Nashville Zoo. A full list of open attractions can be found at visitmusiccity.com.

It will be months before the iconic Gaylord Opryland Hotel will be ready to re-open.

Fans planning to attend the CMA Fest can help by volunteering through Hands On Nashville.
Posted by DB Congress at 8:26 PM