MOTORCYCLES, MUSIC, AND DIERKS: THESE ARE 3 OF MY FAVORITE THINGS!

Dierks Bentley Congress member, Angie (choppergirl) representing South Carolina, was so excited Sunday morning heading to Killercreek Harley Davidson for the Miles and Music For Kids event in Atlanta (Lanier Lakes Resort), May 23. Proceeds benefited Children's Healthcare of Atlanta. Read all about her surprising day below!

We pulled into the parking lot about 7:30 a.m. and was the first motorcycle there. It was my hubby's first Dierks show with me so I was really excited for him to see what an awesome guy Dierks is and why I am ready to go see him everytime I get a chance. As the morning went on, motorcycles came in from every direction, there was a band playing and lots of people waiting to get a glimpse of Dierks coming in. My hubby surprised me and upgraded my tickets to VIP so we were the first bike in the front of the line to be behind Dierks--I was on cloud 9! 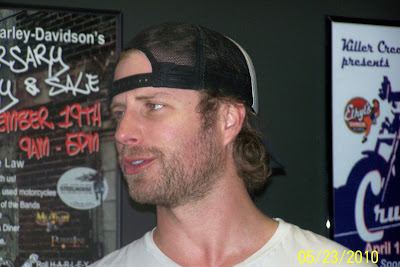 I think we finally got to see Dierks around 1:00-ish. He came inside the VIP room in the Harley shop to do an interview and I got a quick chance to speak to him and a quick pic. Then after the interview I talked to him again before we headed outside to get on our bikes. 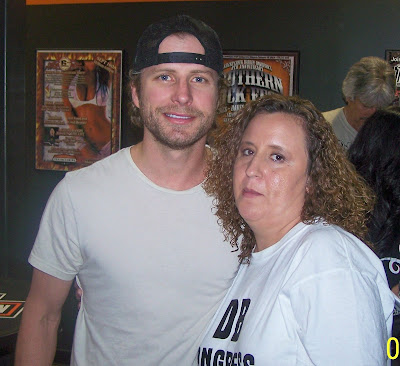 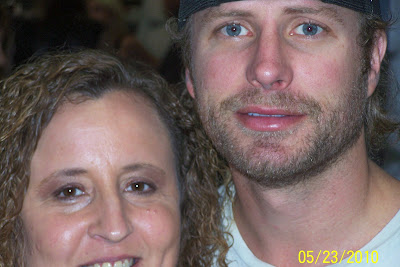 As the ride started there was probably 10 police escorts in front. The guy told us to pull up and as we got closer to Dierks and a couple of bikes that were with him, to pause and let them go. At first there was a bike in between us and Dierks but after a while he was directly in front of us. Hubby kept picking on me because I was so excited we were right there with him! I was taking pics like crazy. It's a wonder I didn't made us wreck! The ride was alot of fun, and I didn't want it to end but couldnt wait to see Dierks on stage either. 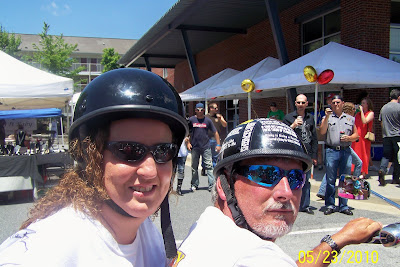 We finally got to Lake Lanier and after getting everybody parked and got in to our seats, Chris Jenson was on stage. Josh Thompson took the stage next. He was really good. I think Jeff Foxworthy was next. He was a surprise guest and it was fun seeing him. Corey Smith and then Drivin' N Cryin' played and then the moment we'd been waiting on finally arrived. Dierks and the band took the stage and the crowd went crazy. He sang a lot of our favorites along with adding in Up On The Ridge! It was an awesome show as always and I can't wait to see Dierks again. June can't come fast enough. 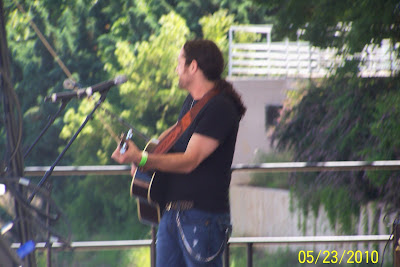 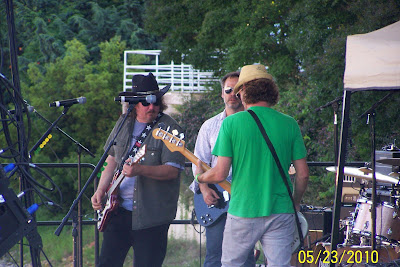 The man of the day (Dierks Bentley): 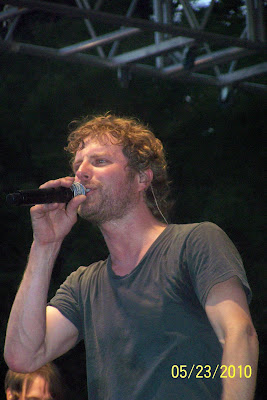 We got to speak to Tim as we were leaving and then saw Dierks so got a quick hug as they were heading to the bus and hubby was hurrying me to our motorcycle for our two hour trip home. It was one of the best days of my life. Got to enjoy three of my favorite things in the world motorcycles, country music and most of all Dierks Bentley. Also, it was great seeing DB Congress buddies Tammy, Lisa and Tommy.

What a unique experience, Angie! Thanks for sharing!
Posted by DB Congress at 4:43 PM