HAS "RIDGE" REACHED ITS PEAK? 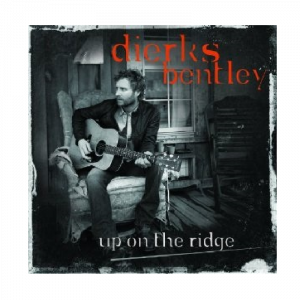 After a brief appearance in the Top 20 on Mediabase last week, Dierks Bentley's "Up on the Ridge" slipped back to #22 this week, thanks to a high debut from Kenny Chesney and being overtaken by the newest single by Darius Rucker. It didn't fare any better over on Billboard, where it held steady at #23.

As optimistic as I try to be when it comes to all things charts, I fear the end of the run might be near for UOTR. The coming weeks are going to prove to be equally tumultuous as the past two. UOTR has already proven to be cast somewhat to the wayside in favor of the new songs from Billy Currington, Darius Rucker, and Kenny Chesney. But in the coming weeks, Sugarland, Luke Bryan, Taylor Swift, and Zac Brown Band will be releasing new singles, and most of them are first releases from new albums (the Sugarland single already charted in the mid-40s this week -- 2 weeks before its add date).

It has somewhat leveled back out on Mediabase, after dropping in spins slowly but surely for the past 10 days or so. At this point, it looks like we're going to need another act of Congress -- Let's Save Ridge! Tell radio you're tired of hearing the same old songs on the radio and you're enjoying that new track by Dierks Bentley. If it can survive the next 2-3 weeks, it's possible it can enjoy new growth. So get it on, Congress! Save Ridge!

Email ThisBlogThis!Share to TwitterShare to FacebookShare to Pinterest
Labels: Billboard chart, Dierks Bentley, Mediabase, Up On The Ridge