Dierks Bentley and Big White have a lot of leavin' left to do--or do they? Seems it may be time for Dierks to say good-bye to his old friend...er...truck that his dad gave him when he moved to Nashville in 1994. But they've been through a lot together. Let's take a trip down memory lane.

Who could forget the cracked windshield that he super-glued in "Cab Of My Truck," from the Modern Day Drifter album? And what about all those domestic, light and colds that were such an easy reach through the slidin' rear back window. Dierks made a million memories for every 100,000 miles. Get out of my way Cadillac! Big White's coming through!

Remember when that state trooper let him off with just a warnin' and a promise that he'd try to slow her down? He didn't know how much a truck could handle, but the closer that he got, he kept pushin' it!

Remember when Dierks had to spring Big White out of jail?

How about when Sideways became his seventh number one single? 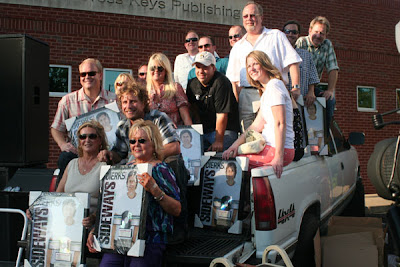 And radio personalities Big D and Bubba are constantly trying to get Dierks to let them "pimp out" Big White. Watch when they go for a ride:

Big White has suffered a few thefts (radio and catalytic converter) and some side mirror damage in January. 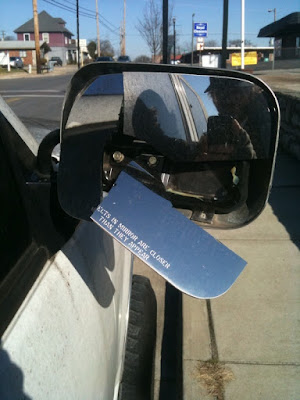 Big White takes two people to start the battery, has no locks and needs no key to start it.

Word is his wife Cassidy thinks it's time for Dierks to get that Camero he's always wanted. What do you think, congress?
Posted by DB Congress at 11:15 PM