The July 19th issue, with George, Reba and Toby on the cover, has Dierks doing double duty, with a full page "Hot Shots" page of his appearance on the Today show, serenading Kathie Lee and Hoda with "Draw Me a Map." Then on the Letters page, two DB Congress reps (Linda, IN and David, KY) who sent in thank yous for the cover artice (June 21 issue) got published! A feature story, "Musical Schizophrenia" highlights Jon Randall Stewart and his latest record producer project, Dierks Bentley's masterful new Up On The Ridge album. 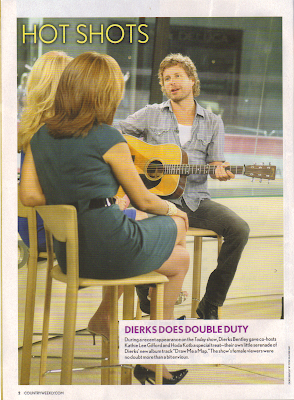 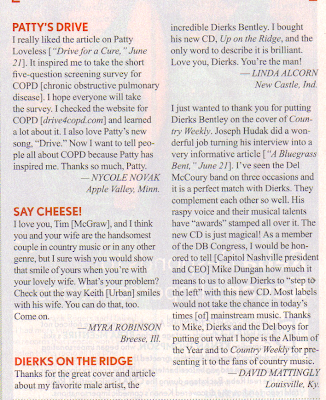 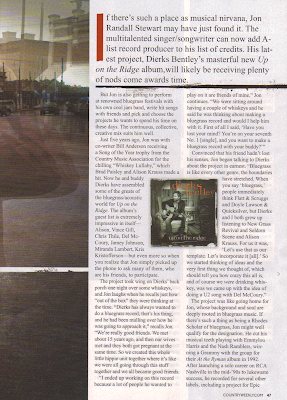 The following week,--July 26th, Dierks lands on the Hot Shots pages again, this time picturing "the closest to couch time" episode of Jimmy Kimmel Live where DB and the band performed acoustically into Jimmy's lap top due to a power shortage. Skip to the Scoop page and you'll find Dierks lending a hand for Nashville Flood Relief on NBC's Today show. And don't miss the pic of Dierks at the piano on The Pro File page, featuring WUSN Chicago's Lisa Dent and Ramblin' Ray. Read what she had to say about Dierks. 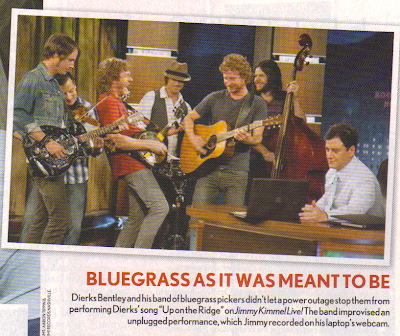 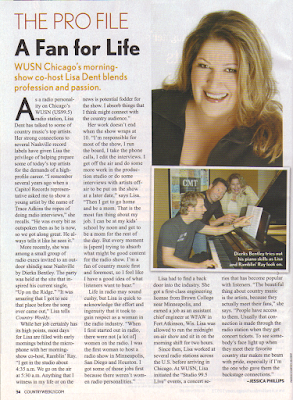 August 2nd--More Dierks in the letters, our very own Molly, DBC rep in New York! Miranda and Blake threw an engagement party for themselves, and Dierks was mentioned as being on the guest list. 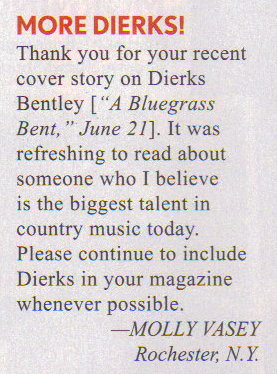 Thanks, Country Weekly, for always including a little DB in your magazine! We are extremely grateful and that's why we're loyal CW readers, and most of us subscribe!