NC REP GETS DIERKS, A WORK OF ART 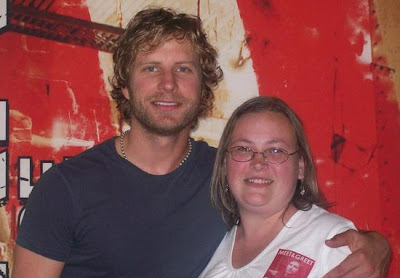 North Carolina DB Congress rep, Beth (dierksgirll) was supposed to get Dierks Bentley for her birthday. Well, kinda. Beth and her sisters Justine, Tracie and Melissa got to see Dierks at The Tabernacle in Atlanta in August. Justine took lots of pics of Dierks at the Meet & Greet, but one in particular caught Tracie's eye: 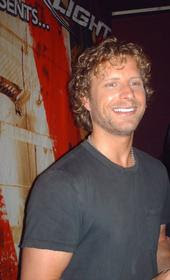 Tracie has a friend--Christina Gaines--who had no clue who Dierks is (although Beth says she's working on that!), but has an eye for art. Tracie showed the pic of D to Christina and asked her to paint Dierks using Justine's photo as a model. Tracie wanted to give the painting to Beth for her birthday (in August), but Christina couldn't work on it until December, so it became an early Christmas present!
"It's definitely one of my greatest Christmas presents yet!" exclaimed Beth.
The pic includes the titles to his CD's "Dierks Bentley," "Modern Day Drifter,"and "Long Trip Alone" (but excludes the Greatest Hits CD). One of Beth's favorite songs/albums is Feel That Fire, and Christina took the time to do something a little different--she painted some of the lyrics as if D had hand-written them! 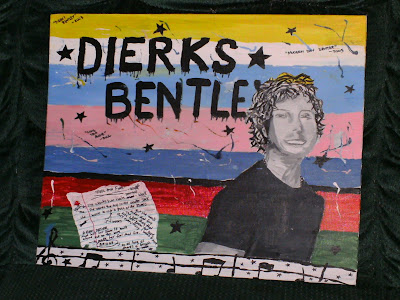 Christina is 25 years old and is not currently an art student but has taken some high school and community college classes in the past. She brought the picture to life on canvas, using her acrylic paints and artistic talent. 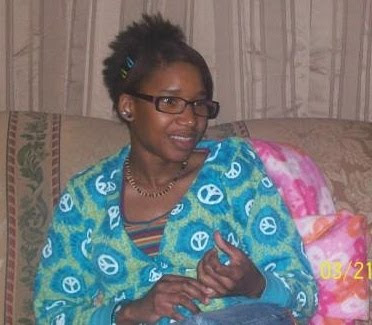 "The Tabernacle in Atlanta is my favorite Dierks show so far, and this painting will be a permanent memory of that night! I think Christina did an awesome job!" Beth declared.
Posted by DB Congress at 10:56 PM