Results from the poll of which Christmas song you would most like to hear Dierks Bentley sing have been tallied, and "I'll Be Home For Christmas" earned 35% of the votes, followed by my choice, O Holy Night at 21%. As for a DB Christmas album, it's not likely at least until 2011, since Dierks is working on two new albums for a 2010 release--neither of which are holiday tunes.

The Bluegrass album is due out first--possibly in the spring, followed by a regular album later in the year. But as we all know, Dierks' artistic talent yields nothing but extraordinary results--nothing "regular" about it.

Dierks is wasting no time, as he was back in the studio the day after Christmas, and shared the secret ingredients for a studio record on Twitter/Facebook...

"budlight, several types of whiskey, coffee, water and a dog named jake...essential studio "must haves" for this record. #fb" 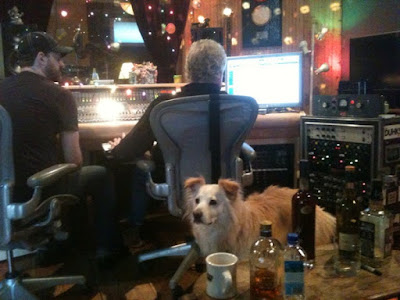