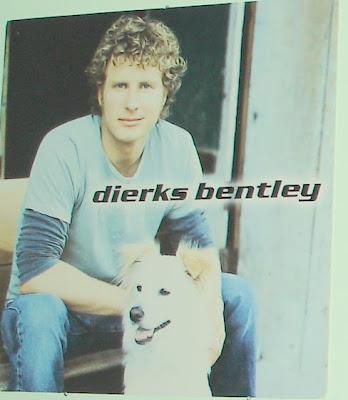 Dierks Bentley is the sole writing credit for Train Travelin', the bluegrass cut from his first self-titled album, wishing for a simpler way of life from yester-year. With all the hustle and bustle of today's world, it's no wonder 41% of the fans voted this their favorite BG song from our favorite artist and DBC president! Good Man Like Me, Prodigal Son's Prayer and Last Call all followed in descending order of likability. I don't know about you, but I am soooo looking forward to Dierks' new Bluegrass album - an entire CD - in 2010!

In other voting news, our friends over at Country Music Is Love are holding an online 2009 Awards and Dierks is up for 5 categories! He is ahead right now in 2, but he needs your help in 3.