ITS A LONG TRIP ALONE TO TAMPA 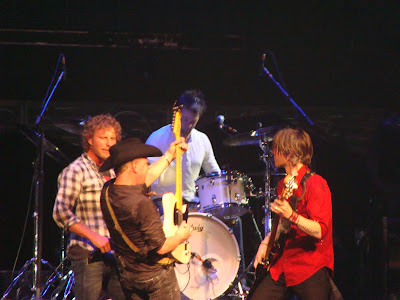 I've traveled all over the country to see Dierks Bentley, and while he may be the main attraction, it's definitely all about the entire experience--meeting old friends, greeting new ones and sharing our love of every lyric, every laugh, every mile a memory. So it was a little wierd when he finally performed in my hometown of Tampa and here I was alone--just one single seat, no friends around me to share the on-stage Dierksness experience.

Wierd. It reminded me of Long Trip Alone, DB's 2006 top-ten-song about how life would be a long trip if we had to be alone with no one there to walk with a while and rest beneath their smile. 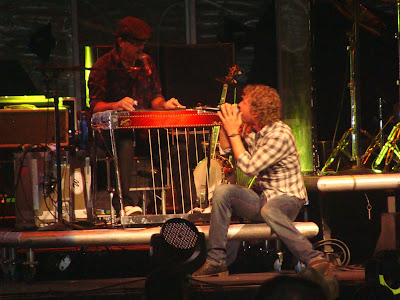 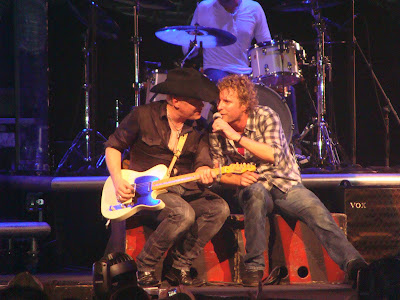 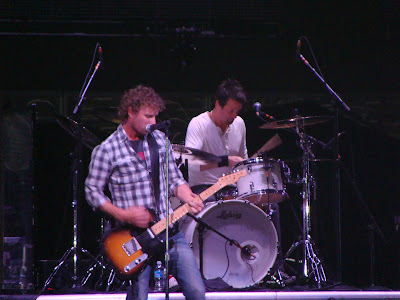 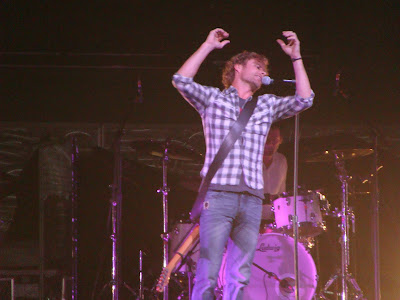 Some of my fan club friends were there in Tampa--we just never connected despite texting and walking up and down aisles. But they DID get Meet and Greets and I was excited to see their pics and read their stories that I'd like to share with you now...

Tracie (no y) flew in from Michigan. This was the DB Congress rep's first Dierks show she saw with "my girls."

"It was almost surreal as Erin and I both had Meet and Greets. It's hard to explain to some people how I became friends with people from a fan club. But if you have a common interest, regardless of what it is, knitting, NASCAR, whatever--you then find other interests in common and if you're lucky, you connect like Erin, Crissy and I have. These girls are two of the most important people in my life. They are there for me whether it's a late night call or a quick text. If it's really possible to have a soul mate I am lucky enough to have found two. I love you guys! Really this trip was about Erin and Crissy, and Dierks was the cherry on top." 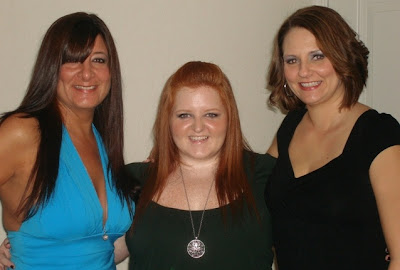 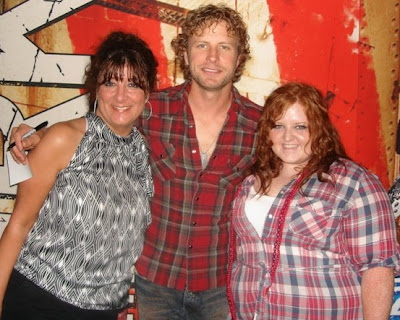 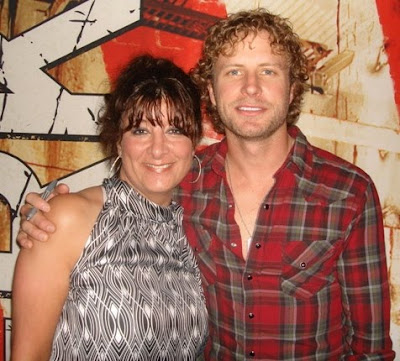 Erin (no A) is a fellow Florida rep. She told me her M&G was so great. "When it came to my turn Dierks said, 'the first thing I thought when I came out was hey, I know that girl!' I gave him the picture of my tattoo that the ragweed boys signed. He said he is going to put it in his bunk! Then he told me they are trying to get some shows together for the Spring. He also promised me he'd be headlining again next year! I am so excited.
I also attached the pics of Tracie and I with Tim (Tim Sergent-steel guitar player in Dierks' band). We caught him during Brad's set. Sorry we didn't see each other at the show! I needed it so bad. It had been since May 2008 in Atlanta that I saw Dierks last. Going to the show just made me realize how much I missed it. I am truly at my happiest when I am at one of his concerts." 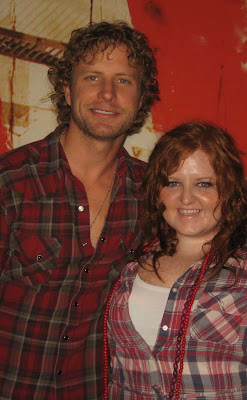 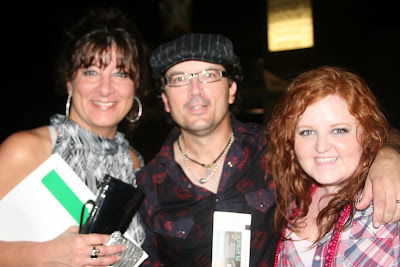 I had exhausted both my DB Fan Club Meet and Greets for the year so I tried wearing my WQYK neon green Tshirt for a chance at a seat upgrade or a M&G. No luck there, but one lucky little girl got to meet Dierks for wearing hers! I had won two tickets from the radio station as well but they were way back in Section 12 (I was in Section 5), so I gave them to my cousin and niece. When Brad came on, I gave up my seat to my niece so she could see him closer. 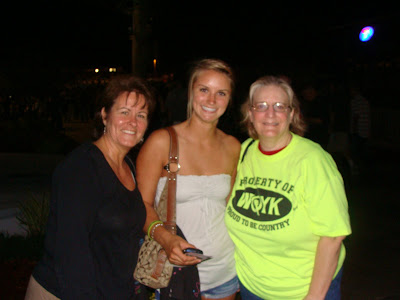 Since I was really only there for Dierks, I sat outside the amphitheater at a picnic table and got a cold drink and just people-watched for a while. Alone. Checking Twitter. Then I looked up and saw two girls with Dierks shirts sitting at another table and I boldly walked over to them (Dierks has inspired me to be bold--that is soooo not me!) and asked if they were in the fan club. "I am," said Meredith. "She's not (pointing to her friend)." "I'm just a groupie," her friend replied. Well--suddenly I wasn't so alone! There is something special about meeting Dierks fans! It's an instant bond, a cool connection!

I asked Meredith if she was in the DB Congress and she said she really didn't understand what it was all about. I explained we're just DB Fan Club Members who choose to have our user-name listed on this website under the state/country we live in, and then we do something daily to promote Dierks - call radio stations, request his latest single, vote online for his videos, etc. I gave her a DB Congress business card with this website that I had made at vistaprint.com.

I asked if she had a M&G that night and she said she's been in the DBFC since 2003 but has never applied for one. What???!!! I was floored! She said she would be too nervous. I did my best to assure her he was was just like seeing a friend you hadn't seen in a while. That he asks YOU questions and looks you in the eye--his momma brought him up right! She seemed relieved and promised to apply for the next M&G and to not be afraid! Like I said, it's about the entire experience and meeting Meredith and her friend just made my night!

While I am very loyal to WQYK, I searched for Dierks pics and videos on their website but didn't find any from that night! But US103.5 uploaded these two videos. Enjoy!