ALL IN THE 'ILLINOIS' FAMILY 4 DIERKS 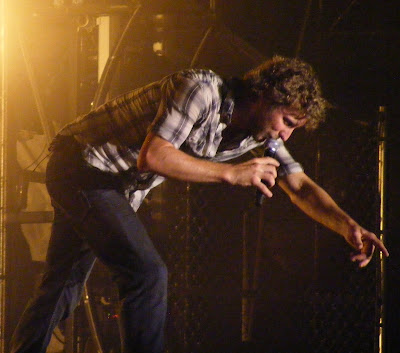 There were a lot of great performers there that day besides Dierks like Josh Thompson, Patty Loveless, Jimmy Wayne and Darryl Worely. We found out a while back that Dierks' former guitar player Rod Janzen is now playing with Josh Thompson. It was nice seeing him again! 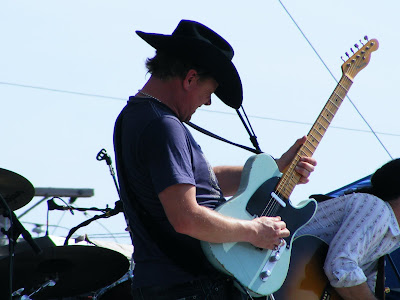 I loved when Patty Loveless came out and surprised Jimmy Wayne and sang part of Stay Gone with him. I was hoping she would do the same with Dierks but she never came back out! 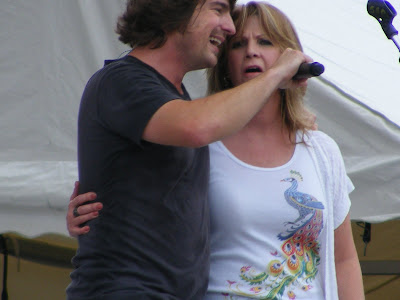 I was so happy that all of us got chosen for a meet and greet with Dierks! There were about 12 of us that got to go back. We chatted with a guy from Wisconsin in line and Karen (Raye Fan) from IL. It was great to chat with fellow DB Congress members!

When it was my turn to meet Dierks I had my picture from this year's Last Call Ball for him to sign. Since the LCB that came to Chicago in 2008 he has remembered me for a shirt that says "With the band" or "I'm with the band" on it. I wore an "Im with the Band" shirt to this years LCB so that's how he remembered me again.

Then after we took our M&G picture I told him how much I loved his new CD since I didn't get a chance to tell him at LCB. He started naming off songs that he was singing from the new CD and I asked him about Pride. I am also a big U2 fan and LOVED that he "grassed" it up. I knew my chances of him singing it that night were slim to none but I had to ask. He said that he needed to practice it a little more with the boys and that he needed Del to sing it with him. 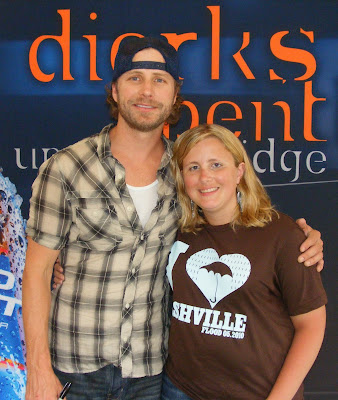 My time was up before I knew it and it was time for the group shot and the Q&A. During the Q&A Karen(Raye Fan) also told him how much she liked UOTR and wanted to know what songs he was going to sing. He said they were doing UOTR and Love Grows Wild then his mind went back to Pride. He mentioned how I wanted to hear it, and it being too high for him to sing and maybe Patty would sing it with him?

When the M&G was over we went and watched Darryl Worley's set and soon enough it was time for Dierks!!! He opened with Up On The Ridge and played most if not all of his hits including Feel That Fire, What Was I Thinkin', Long Trip Alone, How Am I Doin', and Lot of Leavin' Left To do. He also threw in some surprise songs like Cab of my Truck, Little Heartwrecker and covers like All my Ex's Live in Texas and East Bound and Down. 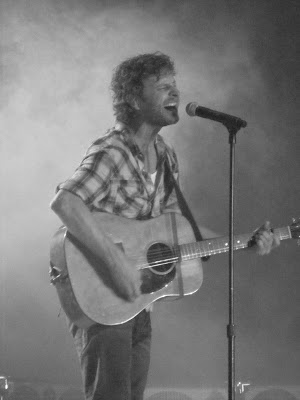 He sang only two songs from UOTR like he said he was going to. During HAID I think some locals started spraying silly string at one of the security guards. D got a kick out of that and joined in! I can't wait until our next Dierks concert which won't be until Rockford, IL in September! I know it seems close but so far away for this avid Dierks Bentley fan! 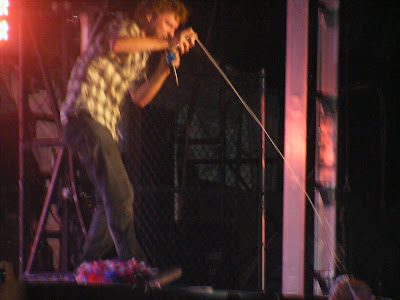