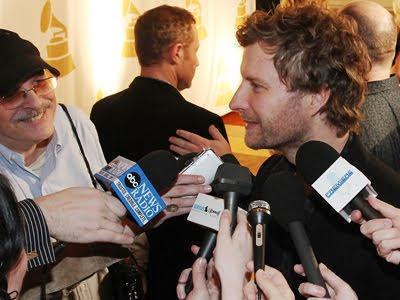 To close out a busy release week of his critically acclaimed, bluegrass-influenced album UP ON THE RIDGE, country music maverick Dierks Bentley will be profiled on CBS Sunday Morning this Sunday, June 13 at 9:00am ET.

Over the past 12 months, CBS Sunday Morning traveled the country with Bentley, taking a broad look at his career, on and off the touring circuit, and went behind the scenes into the studio for the recording of UP ON THE RIDGE. Sunday Morning also sat down with Bentley to trace his roots from childhood to becoming an award-winning singer/songwriter.

Mark your calendars and set your DVRs!
Posted by DB Congress at 8:46 PM