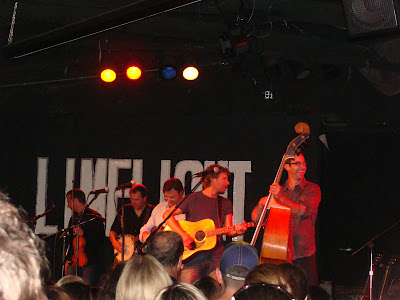 Dierks Bentley has got to be THE most caring and generous country music artist ever! He stayed until 3 in the morning signing autographs and taking pictures with about 250 fan club members! That's dedication!
Doors opened at 10 pm on Wednesday night June 9 at the Limelight in Nashville. The place was packed! Barely enough room to walk around the back of the crowd against the stage. I would guess there were about 1,000 people there since it was not only the Last Call Ball fan club party, but also a CD release party for Up On The Ridge. After attending the CMT Music Awards show, I joined a long line at the Limelight to get in--and that was just the fan club line! Another line just as long was waiting for general public entrance. I'm not as patient as I want to be, but I have to say it warmed my heart to see that many people come out to see Dierks and support him and his new music. The concert was basically the "Up On The Ridge" tour show, which I had not been able to see until now. Here's the set list: 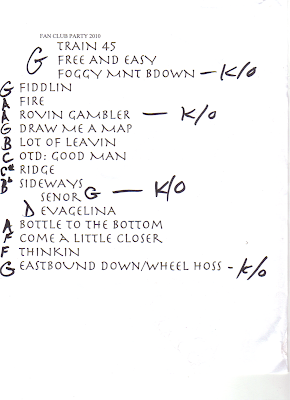 Have you noticed how similar Draw Me A Map and Settle For A Slowdown sound in melody? One memorable moment came when Dierks sang Draw Me A Map (videos in 2 parts below) and then Lot of Leavin', then he told a story about getting a speeding ticket..."I guess I should have slowed down..." then he launched into the SFASD melody, but started singing the lyrics to Draw Me A Map. He leaned over to Ronnie McCoury and said, "wrong song", so Dierks had to come clean and admit it and started over and sang Settle (which you won't see on the set list.

Settle For A Slow Down lead in:

Luckily I found a cool spot right in front of a huge fan, since as tradition would have it, it was 150 degrees in there! They played for about 90 minutes! 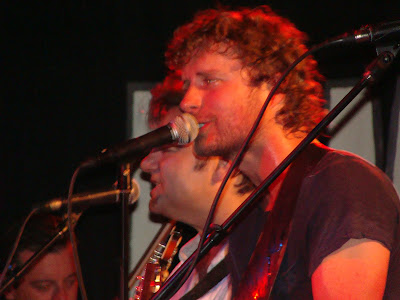 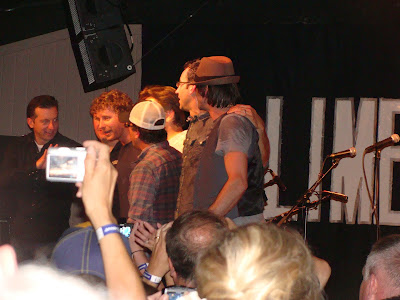 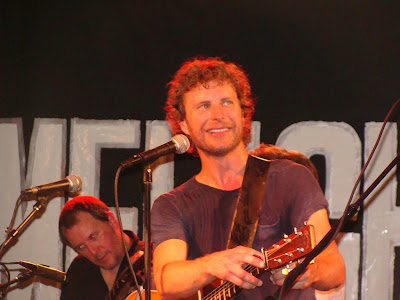 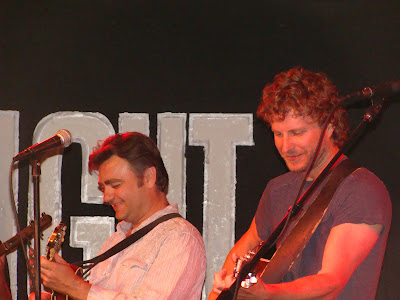 The meet and greet started around 12:44 and went all the way to 3 a.m.! It was so great to not get "kicked out" as soon as your turn was over. That way I was able to spend some time with all my DB Congress friends and meet some new ones! 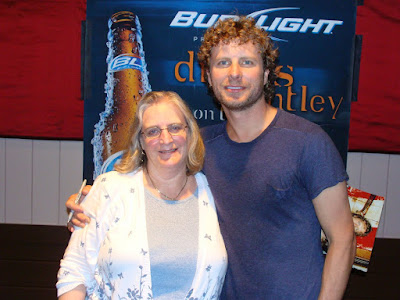 It was great to finally meet our DBC Secretary, Amanda and her mamma! Amanda & me: 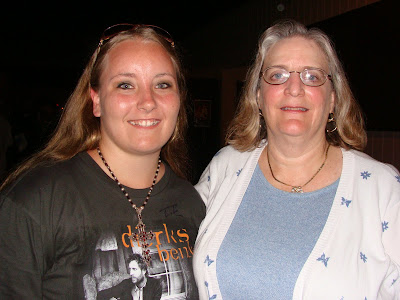 Good to see Heather, Beth, Stephanie, David, Jodi, Jayme, Lee Ann, Angie, Bonnie, Janet, Holly, Jessica, Jackie, Jacinta, Kristen, Sue, Jane, Rachelle, Joelle, Kim, and Kristin (Thanks for giving me a ride!) I am sure I am forgetting many others--so sorry! We also got to meet Morgan from the fan club administration. Cool to put a face with a name and she could not have been nicer! 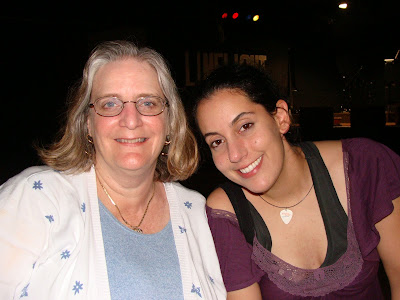 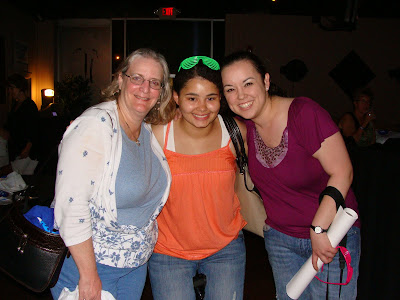 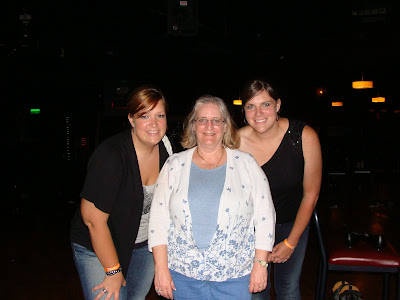 And it was great to meet new DBC rep, Travis, who came all the way from California. It was his first time meeting Dierks and he said it had been the trip of a lifetime so far! I had an opportunity to introduce him to David, one of our most active DBC reps! David had the DB Congress flag flying high in the parking lot as usual! 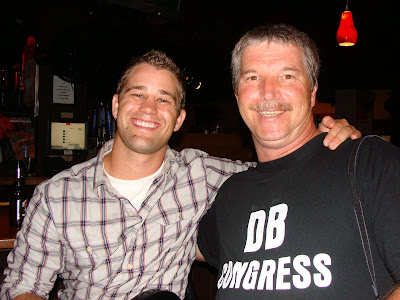 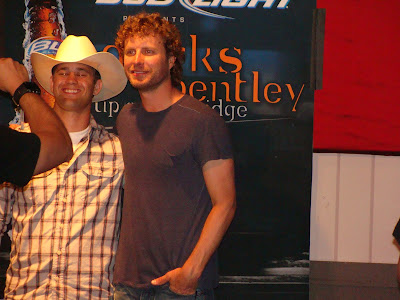 We each received a goody bag with a LCB6 Tshirt and an UOTR bottle hugger. It was a great Last Call Ball, and even though it was late, it was well worth every minute! And the fans had to correct Dierks when he said welcome to LCB5---six!

I look forward to the day he says, "Welcome to Last Call Ball 27!"

If you were there, please leave a comment and let us know about your experience!

Email ThisBlogThis!Share to TwitterShare to FacebookShare to Pinterest
Labels: Dierks Bentley, Draw Me A Map, Last Call Ball 6, Up On The Ridge