DIERKS ON MY COUNTRY SMASH HITS 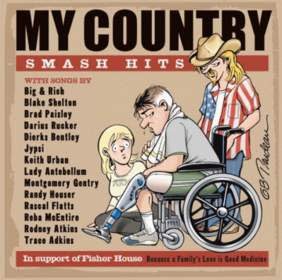 The project is a multiple CD series with each annual volume benefiting the Fisher House Foundation.

It comes at no surprise that our DB Congress President is participating in a project to benefit our US Military in some way. Dierks has always shown his appreciation for our troops--like when he sings "My Last Name" in concert, which is the song he contributes to this album (Track 12).

For details and to listen to the preview of the track listing, click here.
Posted by DB Congress at 6:44 AM