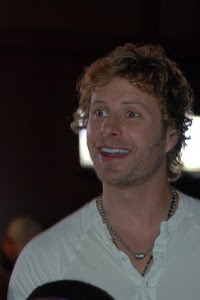 Country Music Is Love, one of my favorite websites, and run by our fellow DB Ccongress reps Lauren and Erin, posted a few blogs about the Nashville4Africa event April 22 at the Schermerhorn Symphany Center. Various artists (including Dierks!) joined forces for the inaugural benefit concert. Hosted by Kenny Alphin (Big Kenny of Big & Rich), the concert raised money for charities in Uganda, Sudan and other areas of Africa in need. A portion of the proceeds will go toward building a new school for the African Children's Choir, who also performed that evening.

The image above and more photos from the event are from Brad Schmitt's Flickr page.

Here is a video from YouTube, taken from backstage, of Dierks singing Beautiful World with the Africa Children's Choir and Free and Easy:


Additionally, Dierks recorded a yet to be named song in the Ocean Way Studio with the children, according to theboot.com.

"I think it was the first time they'd ever been in a studio like Ocean Way," Dierks told The Boot. "We did a song that I've been holding onto for awhile, waiting for the right time to record it. I'm not really working on my next album yet but I'm thinking about it, and I had to get these kids in the studio while they were here."