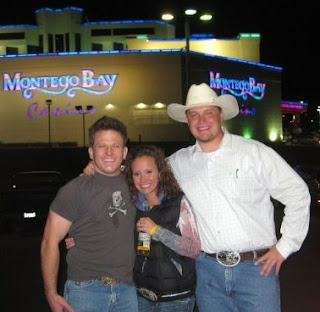 You remember Austin, right? Back in his college days he started a DB Country Music Club at UNR. Here's his rendition of the Wendover concert, held inside the Montego Bay Resort at the Peppermill Concert Hall on Friday, April 3, 2009:

"Oh my gosh, the concert was great!! My friends Jenny & Paul (the other founder of the Country Music Club at Nevada), unfortunately are not in the fan club so they weren’t able to be backstage with me, but none the less we had a great time. The venue was fairly small so there was not a bad seat in the house. Dierks definitely rocked that place! During the M&G we were able to talk with him for about 10 minutes on how the tour was going and how he was presenting at the ACM’s on Sunday evening. He let us know that his family was doing great so it was good to hear about that. What was funny about the M&G was that right before I shook his hand and took my picture with him I noticed that I was the only male in the entire room. He made the joke that being the only male in the M&G was a great way to meet women, so that gave us all a great laugh." 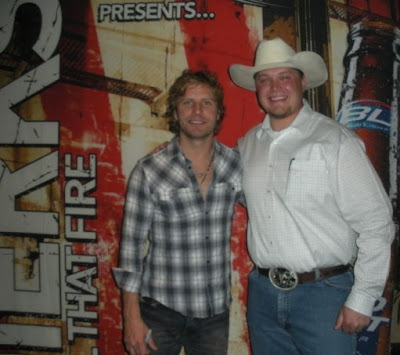 (Austin all grown up!)

"Overall it was a great concert and Dierks by far puts on one of the best shows that I have ever seen. I am not sure how he does it, but the show gets better and better every time I see him. There were plenty of white tank-tops in the crowd so I can imagine that Dierks was pretty pleased with the turnout. Definitely one of the best parts of the show was his rendition of Waylon Jennings “Luckenbach, Texas”. That is one of my favorite classic songs and Dierks played it really well. Finally, it was great to meet all the other fan club members and I hope to see them all again in the future at another Dierks show."
~Austin, DBC Rep, Nevada

There's a new girl seated in the Utah DB Congress...her name is Alacia! She shares her special experience below:

"So, this concert was vey special for me and my friend Chantyl. We finally got a meet and greet after years of trying. So you can imagine how excited we were standing in line to go backstage. Well they let the radio go first because all the fan club members were late, so that added to the suspense. When we finally got back there I was speechless! Dierks is even better looking in person, and so, so nice. He surpassed all of my expectations! My friend stepped on his new boots by accident and all Dierks said was, 'That's ok, these are new...I need to break them in anyway...ha, ha.' That just shows how nice of a guy he is. I love how personable his meet and greets are. 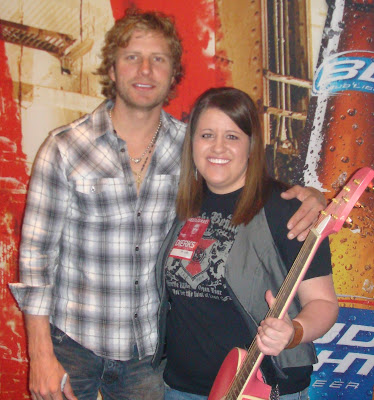 After the meet and greet it was time for the show. He gave so much attention to the fan club members it was great. He sang all of the greats and his new stuff. I love Sideways live! We also got his set list and the cup he drank out of! It was the best concert ever. 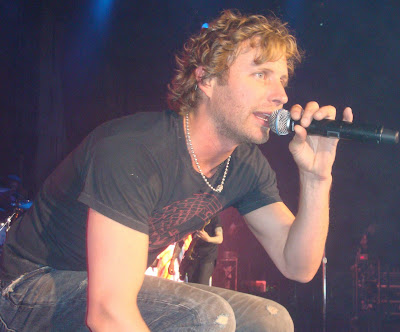 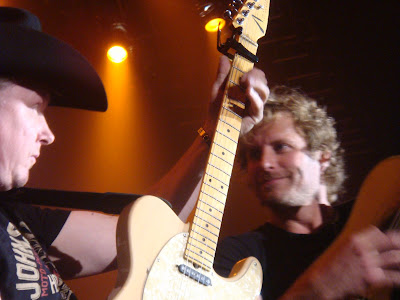 After that we drove to Vegas for the ACMs. We saw Dierks there on the orange carpet and he looked so cute and Cassidy was beautiful."
~Alacia, new DBC rep, Utah

Thanks Austin and Alacia for sharing your photos and stories!
Posted by DB Congress at 10:34 PM