Does Bentley Compare To Mickey Mouse? 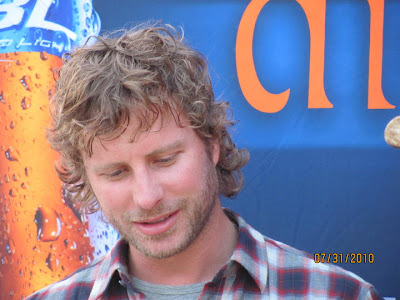 Kathy Butler is one of the lucky ones. The Indiana Dierks Bentley Congress rep is blessed with being 1 of only 38 people Dierks Bentley follows--on Twitter. She was also lucky enough to win a Meet and Greet for Bentley's July 31 Firekeepers Casino show, July 31 in Battle Creek, Michigan. I asked her what they talked about, here's what she told me:

"I get sooo nervous around D, so everything I wanted to talk to him about just went right out of my head. It's embarrassing--I'm a grown woman, but when I'm next to him I feel like a kid seeing Mickey Mouse. He said he had a "love/hate relationship with Twitter." He loves that he can stay in touch with his fans, but he sometimes goes days without a tweet because he forgets. I told him that we miss him when he doesn't Twitter for a couple of days. 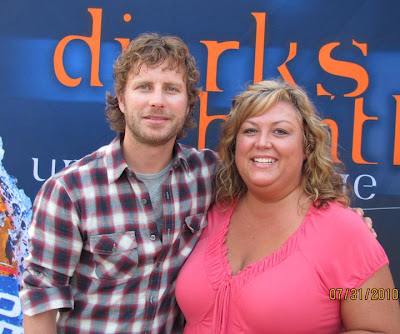 He brought his boots out of retirement because he just cn't get used to the new lace up ones. He doesn't want to break them in on stage. Such in depth conversation, huh?

He joked about naming the new baby (if it's a boy) Jake Jr. and calling him "JJ." We all kind of moaned a little. I wanted to ask him if he was planning on cutting his hair (must be the hair stylist in me). It's getting a little shaggy and mullet like.

He was so awesome, such a cool dude and very gracious. He spoils his fans so much. He didn't have as much time as the last time I saw him in April, he still had to meet the radio winners and some other lucky people.

He had the jeep out. He went for a spin earlier in the day. He really doesn't like shiny new things. I think his jeans had more holes than material and if you look at one of my fav pictures his back pockets are falling off! 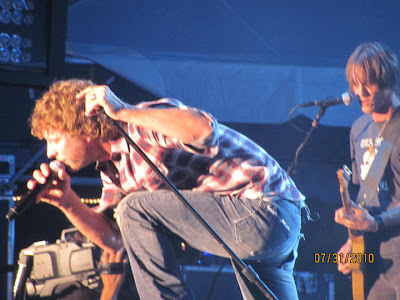 He has a reputation for fallin' but he was actually get up from sitting down in this picture: 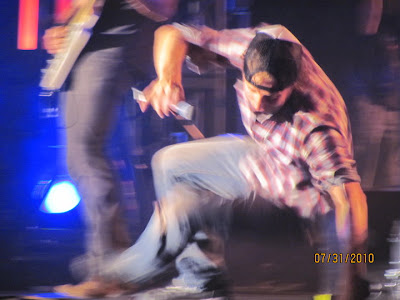 Anyway, he put on a super great show and I can't wait to go to another." 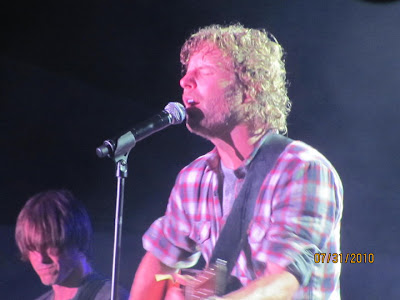 Thanks, Kathy! So you never told us his answer about cutting his hair?
Posted by DB Congress at 2:20 PM