A Great Day for Dierks Emails! 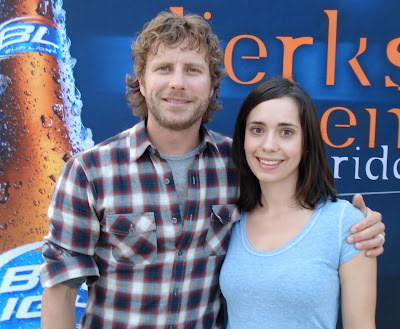 You may remember Stacy Baker, winner of our DBC "Promote Dierks and Win" contest in July! I asked Stacy to send a picture of her and Dierks but she didn't have one! Stacy has been a Dierks fan since 2003 and has seen him quite a few times but had never met him. Imagine that--she was dedicated to Dierks daily, promoting and voting and calling and requesting and she hadn't even met him yet!

But that all changed July 31, when Stacy won her first Meet and Greet with our DBC president! In fact, the day I emailed her to tell her she had won the contest, she sent me this reply:

"I just got back from vacation and saw this email and the one saying I got into the meet and greet with Dierks for his Battle Creek show next week. What a great day for emails!"

After the show and M&G, Stacy told me, "It was a blast. I was a nervous wreck, but he was sweet. The show was amazing, too. I can't wait for October since I got first row for Windsor!"

She also said that her hubby was "mistaken" a few times as Dierks. "I thought it was pretty funny as I've always thought he kind of resembled Dierks (not if you stood them side by side, but just at a glance) and he never believed me, but so many people came up to him after the show. I think its just the longish hair, stubble and plaid shirt that did it." 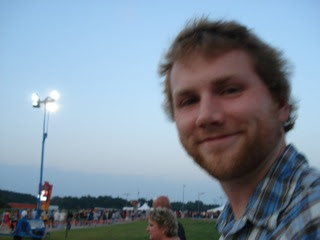 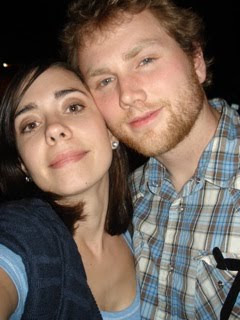 As she was going through the pictures to send to me, her 3 year old saw the one of Stacy and Dierks and thought it was his daddy.

Stacy wasted no time in continuing her campaign to request Up On The Ridge, after the concerts. But her local radio was not cooperating. We discussed the thought/hope that Draw Me A Map might be the next single. "I think you are right. In battle creek he introduced Draw Me A Map by saying it was his new single but he didn't say when it would be released. I think that will do good [on radio] because it has the whole romance vibe he is so good at."

Cross your fingers, congress! Then get ready to hit the campaign trail hard!

~Ronna
DBC Chair
Posted by DB Congress at 11:49 AM