I first met Stacey through the Dierks.com message board in 2007. I posted for fan clubber/DB Congress reps to send me an email with their photo and story for the DBC Scrapbook I was making. I was so impressed with her story--our only rep from Australia at the time--that I made an entire scrapbook page just for her!

Stacey actively campaigned for Dierks on a daily basis for the next two years, not knowing if she would ever get to meet him in person like the fans in the states had. One fan actually used her own M&G time with Dierks to call Stacey and hand the phone to Dierks! That's proves what a "DB Family" we really are!

Finally, Dierks plans a trip to Australia and mentions in his Town Hall Meeting that he is looking forward to meeting Stacey!

"Is it possible to have withdrawals after less than 24 hours?

I had to fly from Tasmania to Melbourne [only an hour and 15 minutes]. I absolutely love Melbourne...the shopping, the sites, the concerts I go to every time I'm there!!

I completely shocked myself by not feeling one bit nervous!! I was expecting throwing up before I even left home. Not even one dry-retch!

Got to the venue when the Box Office was due to open & asked for my M&G pass. The lady said they didn't have them & I had to wait 'til doors opened so I could ask the indoor box office So I waited....still not nervous!! When the doors opened at 5:30, I walked up to the box office & again asked for my M&G pass. Again, they didn't have it either. They said all I had to do was wait by Lift #3 and someone would come to collect me at 6:30. So I lined up to get some merchandise. The line was loooooooong, so I gave up in the end.

I went & waited by Lift #3 and saw 2 girls sitting down with M&G passes on their trousers! I asked where they got them from. They said outside I got talking to 2 very nice ladies who were told the same thing I was. When the lifts opened and a very nice Irishman came out [I think he was Irish...it was his accent. LOL] and asked to see everyone's passes. I freaked out. I said, "I was told by the woman at the Info Desk that we just had to wait here & someone would come get us." "No, you have to have a M&G pass."

I was almost in tears. I felt like saying "But Dierks is expecting me!"
The same lady from the Info Desk came along & apologised and said that the passes were at the outdoor Box Office. By this time it was already 6:30 and Dierks M&G had already started! So I had to go back outside and collect my M&G pass that they earlier said they didn't have. I was NOT happy!

By the time I was in the lift, going down to the room to meet Dierks, any nerves that I did have were gone.

As soon as I walked into the room, Chris (Dierks new tour manager) said "Here are the last couple of fanclub members." The first thing I heard Dierks say was "But where's Stacey?" It was enough to make me almost bawl right there and then, but I was still walking around the corner - hadn't even spotted him yet. When I did finally walk around the corner, I exclaimed, "Here I am!" Dierks gave me a MASSIVE hug & then said, "Ok, now let's do that again! "Sooooo....I had to walk back around the corner and do the whole thing again! It was soooooooo fun! I think it may be appearing on this website in the near future (hopefully, not before I go home!)

I handed him my Aussie giftbag (which had Vegemite, Tim Tams, a Tassie Devil toy, a koala holding an Aussie flag, a t-shirt, some Kangaroo Jerky, and some Burger Rings). He took a good look at everything inside. Then pulled out the Vegemite.

"What is this stuff??" Everyone explained to him that it's a sandwich/toast spread. "Try some!" So he took the lid off & had a good whiff. I soooo wish I had taken a photo of his face! "Ugh!" Then he stuck his finger in it & had a little taste! "Ugh!" again! Dierks doesn't seem to like Vegemite! He still had it on his finger, so he bent down at wiped it on his new boots. "Hey, it makes good boot polish!" 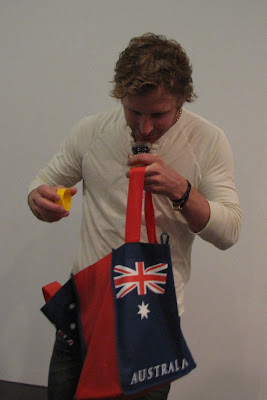 We had our photo taken together (with the Aussie gift bag making an appearance). Then I asked him for another one, with us hugging. "We'll make this one the Prom photo seeing as I never got to go to my Prom" Dierks said. He does give good hugs 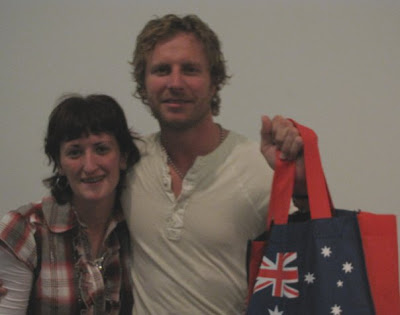 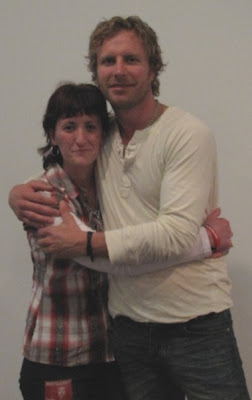 He had photos taken with the other fanclub members (I was surprised that there were others from Melbourne!) Then Dierks made another video of his Aussie giftbag Started pulling stuff out. "But my favourite is this stuff!" out came the Vegemite!
He gave it to me "Here you try it!" "I love the stuff!" So to prove it, I stuck my finger in the jar and ate some! "Mmmmmmmmmm!"

We got things signed & Dierks signed my Greatest Hits Cd & wrote the longest message on it that I laughed at said, "Are you sure there's enough room?" He put: "Stacey, Love Ya! Thanks! Great to meet you! Dierks Bentley"

He then signed two of my fave photos. When he got this photo he said, "Oh wow! This is an old one!" "That's one of my favourites!" "Do you like the short hair??" I shook my head & said, "I'd prefer the curls!" 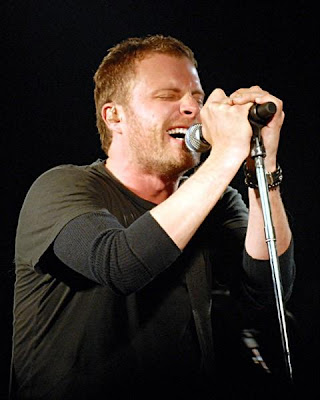 Chris took a photo of Dierks while he was signing away, but I blinked, so it looks like I'm in lala land (maybe I was!). 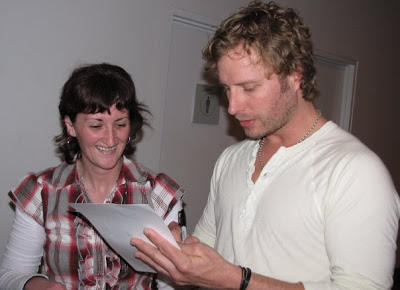 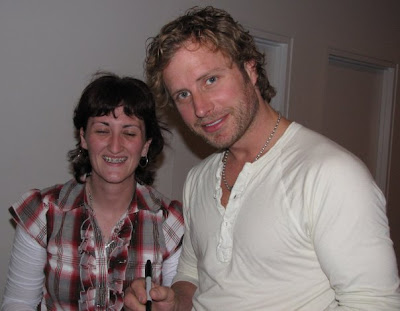 We said our goodbyes....I left mine 'til last of course (last one into the room, last one out). He gave me another MASSIVE hug & told me to enjoy the show.

"I'll be thinking of you while I'm on stage!"

As soon as I walked out of the room & down the hallway, I seriously felt like I was gonna cry again! I didn\'t want it to be over! I wanna do it all over again!!!

The show was INCREDIBLE! I didn't even know where my seats were, but when the usher showed me the way I was thinking "What the....? No way!" I was 4 rows from the stage!! Dierks came out & opened with "Lots Of Leavin' Left To Do", which is my fave song of his to hear live! He was EVERYWHERE. I didn't take as many photos as I'd hoped, because I was just a little lost in the moment. But I did get some good ones. I'd made him a Little White Tank Top that said "Australia Loves Dierks Bentley" and was going to pass it to him during WWIT. But the security guard by the stage wouldn't let me! Oh well....I'll just keep it for next time!

He finished with Free & Easy which is another of my fave live songs! Perfect ending to a great night!

Brooks & Dunn rocked as always I took a lot more pix of them because....well...they weren't Dierks (if that makes sense). With Dierks, I just wanted to watch him. 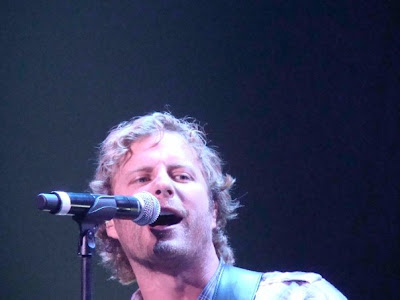 After the show, I looked over & saw a familiar face, so decided to walk over and introduce myself. "Hey Jay, I'm Stacey!" I think he was just a bit shocked that someone from Australia knew who he was!!!

The only disappointing thing was I completely forgot to tell Dierks EVERYTHING that I had planned on telling him! It's just that he was standing there & everything just disappeared!! I was planning on asking him if he's ever had braces, because he has the most AMAZING set of chompers I've ever seen!

OK, so I haven't MET Stacey in person, but I feel like I know her! Someday, Stacey--Australia is on my top ten places to go before I die!