VIRGINIA IS FOR LOVERS...OF DIERKS MUSIC

Ryane's mom decided to add an "e" at the end, even though her name is pronounced RYE UHN like a guy, to make it more 'girly.' The 28 year old, Virginia DB Congress rep is a HUGE Dierks Bentley fan!

"He's my all time favorite, mostly because, well, he's DIERKS! His demeanor, his attitude towards his fans...I love that he tries to involve everyone on some of the decisions he has to make. He's very humble and I love that about him. "

The first time Ryane met Dierks, was at Merriweather Post Pavilion in Maryland...in the rain. "I looked HORRIBLE," she exasperated, "but it was awesome. I was stunned at how well the Meet and Greet went and how he took the time to answer everyone's questions." 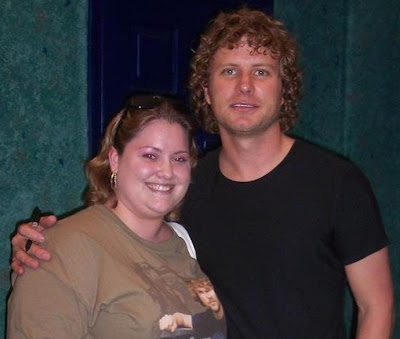 The second meeting was her second year of CMA Music Fest in Nashville, TN at Dierks' Last Call Ball. "We waited and waited and waited, but, as it always is, it was worth the wait. The Meet and Greet went pretty quickly and the show he put on there was awesome as well." 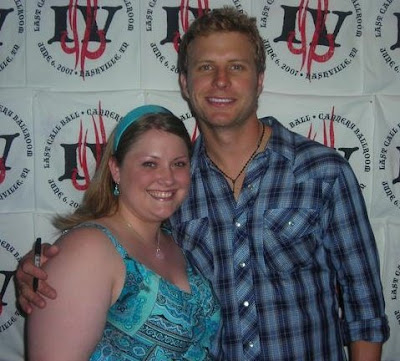 Third time's a charm--it was in Solomon's Island, MD. "Cassidy was still pregnant with Evie, and when Dierks heard my name, he said, 'that has a nice ring to it! We might have to consider it.' That was cool!" 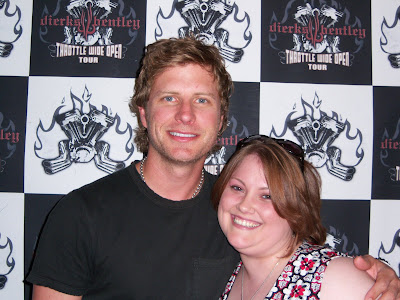 "It's funny that I'm a Virginia DB Congress rep, and while I have seen him in VA, I've met him in two other states! He's the best. I'm going to see him at the next concert here in town--Bristow, VA on July 25. It's the day before my birthday, so I'm hoping I can get another M&G. That would be the BEST birthday present ever!"

Ryane tells everyone about Dierks and how he's just different from the rest. "Unlike a lot of the other artists," she says, "he's accessible. He takes the time to talk to people and is actually interested in what we have to say. I love the excitement, sincerity and passion he puts into his music. He just makes it fun!"

Thanks for representing DB in VA, Ryane!