Samantha L. (dierksbentleyTWO) met Samantha Rae at a Dierks Bentley show in Mankato, Minnesota in 2007. They had been emailing back and forth after meeting online through the dierks.com fan club message board, and finally met in person.

Sam L., proud first member of the DB Congress to represent Wisconsin, also created and runs The Official Dierks Bentley Fansite Myspace page to promote Dierks in the digital world. Additionally, she's an Administrator at dierksfans.com and wears an indelible DB logo tatoo on her lower back. 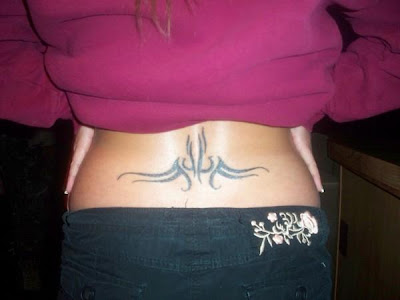 Sam-Rae, DBC Rep in Minnesota, recruited more fan club members than anyone else in 2007, which earned her a personal "thank-you" phone call from Dierks as her grand prize. How'd she do it? My understanding is that she asked all her family and friends to buy a DB Fan Club membership for themselves, for HER birthday! Genius, dude!

The two Sam's became fast friends and met at LCB (Last Call Ball fan club party) in Minneapolis in 2008. "We got to the Hard Rock Cafe pretty early in the morning to wait to get in. Dierks and the boys pulled up right in front of the Cafe and walked by and said Hi to everyone! The doors finally opened and of course we were the first ones in. We ate and of course grabbed a few DLC's(Domestic, Light and Cold from Bentley's Modern Day Drifter CD).

Then Dierks came walking in near Sam Rae and I, and pointed right at us! Kinda like he was confused with 2 Sam's being together. Instantly we looked at each other and started to laugh. 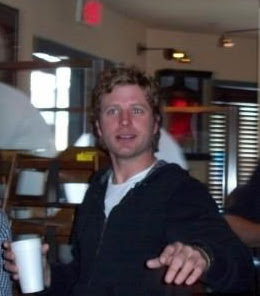 It was our turn for the M&G and I went first. Sam Rae was right behind me. I got my autograph and pic and Dierks asked me to wait by him so he could get a pic of him with my tattoo. So I stood off to the side.

It was Sam Rae's turn to meet D. Once she was done a few others went through the line and Sam waited with me cause I was embarrassed--Dierks' face by my lower back--I TOTALLY BLUSHED. Well Dierks took the pic with his camera of my tat and someone asked for of pic of all three of us and I just blurted out, "It's a SAMwich!" Everyone laughed! 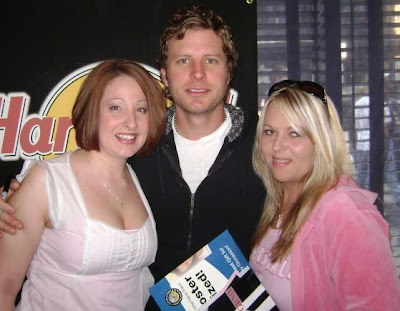 Even Rod Janzen (lead guitarist) got caught in the middle of the SAMwich fun--doesn't look like he was embarrased! 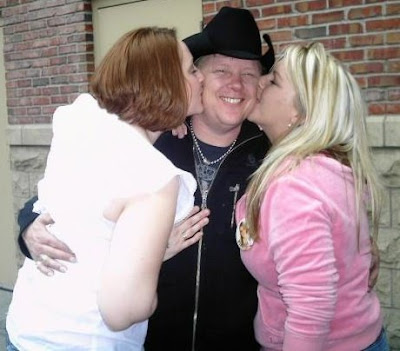 After the pic Sam Rae and I were talking about the SAMwich and decided to call it a Samwich with Dierky Turkey! It was a blast! Now, where ever we go, Sam Rae and I together are called a Samwich! It was an awesome day! We are inseperable at concerts now! It's awesome!"

Thanks Sam and Sam for all your efforts to support and promote Dierks!
Posted by DB Congress at 11:32 PM