It was the 23rd of April in Iowa City, Iowa. Eileen (DBC Rep from Iowa) and her mom Judy arrived at the University of Iowa-Memorial Union early to see their favorite country music artist perform that night - Dierks Bentley.

"My mom and I got there early. Where we were waiting outside, Dierks' bus was parked right there. A little while later he comes walking down the sidewalk to his bus and I wave at him and he greeted me back saying, "Hi Eileen." It was so cool that he greeted me. It's always exciting to talk with him and spend just a few minutes with him. He remembered my mom also and she got a picture taken with him. 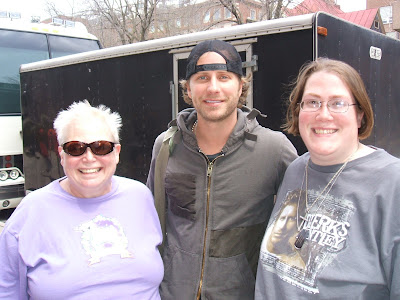 We also talked with the merchandise table guy and got a picture taken with Tim (Steel Guitar and banjo player in Dierk's band). 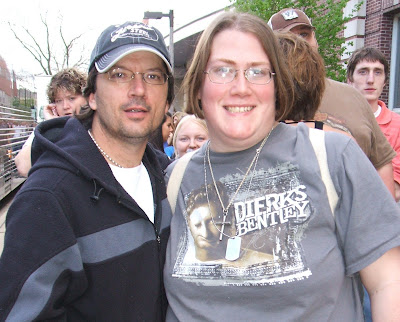 Once inside, after racing to the front of the stage and marking a spot for my friend Michaela who had a M&G, we just waited for Dierks to come on stage. 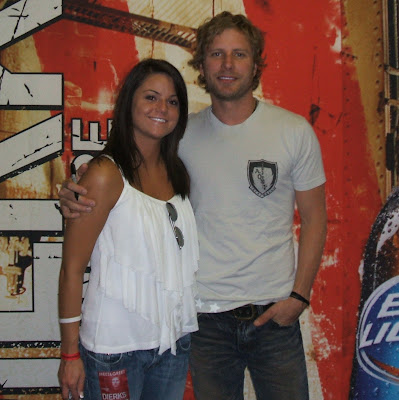 He sang most of the songs off the new album and a few old ones that we love so well. 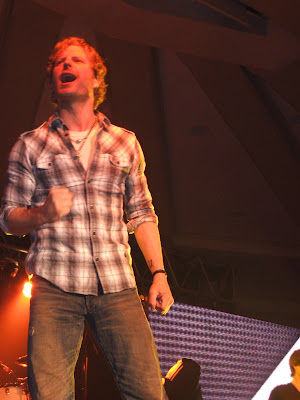 I noticed the tape on his boots. I noticed the fall too, but didn't see what he tripped over. It was a fun concert and hope he still makes a couple more appearenes to Iowa this year. I got one photo of him with a cowboy hat on." 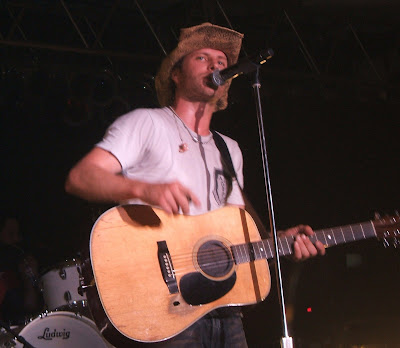