DBC MEMBER OF THE WEEK - Rach(toohey) 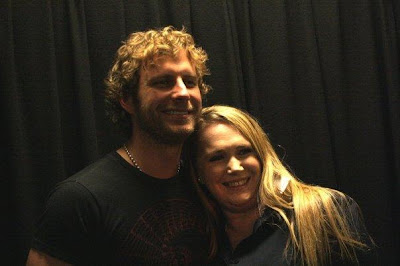 Rach joins us from Dubbo, NSW, Australia, which is about 5 hours west of Sydney. She has been a long time DB fan since December 2004. She said she moved home to the country from Sydney, hooked up pay TV that included the Country Music Channel and watched her first DB video - "What Was I Thinkin'?" When MDD was released Rach went to the local music store to buy it. She was pleasantly surprised that they had Dierks in stock because she lives in a small country town.

Rach said, "I drive a LOT with my job, and it's GREAT driving music."

What led Rach to become a DB fan?

She has told as many work collegues as she can to log on to www.dierks.com to watch the video clip of Dierks driving in Sydney. She said it worked until they crashed the system yesterday! Try explaining that to the IT department! Rach said that she has written to Rob Potts Entertainment, Australian promoter, yesterday to ask him what she needed to do to help get Dierks back to Australia. She said she would gladly take guidance and instruction since she is new to promoting.

Rach said it was a week of 1st's for her - 1st DB concert, meeting Dierks for the 1st time, and Dierks' 1st time in Australia! She got to meet some new mates that have welcomed her into the Dierks family both in Australia and internationally!

She quoted Dierks - "Good things happen when you're around." Rach said that good things happened to her last week while Dierks was around! Everyone has told her how happy she looked, but says she puts it down to the positive vibe of Dierks! Rach said that being DBC member of the week would allow her to thank Dierks again for coming all the way to Australia, for making the effort, and being away from his family(that's tough). Rach says that it was appreciated that Dierks, Chris, and the band made it all the way to Australia!

"My shout for a free beer next time you are here!", Rach says to Dierks!


Thanks Rach! Loved hearing from you! Welcome to the DB Congress!! 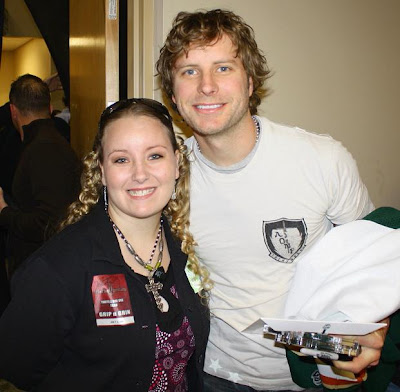 Email ThisBlogThis!Share to TwitterShare to FacebookShare to Pinterest
Labels: Australia, DBC Member of the Week, toohey