DON'T CLOSE YOUR EYES, DIERKS! A 3-PEAT IS WHERE IT LEADS! 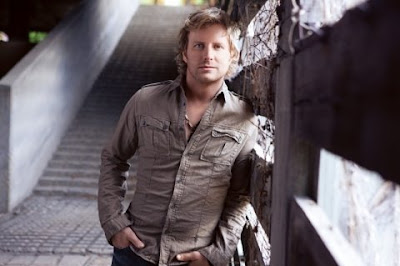 His admiration and reverence for the late legendary singer-songwriter, Keith Whitley, won't allow Dierks Bentley to record or perform any of Whitley's songs. But that didn't stop him from emulating the opposite of the famous single, "Don't Close Your Eyes." When Dierks wrote I Wanna Make You Close Your Eyes, he definitely was thinking of his wife Cassidy, but in the back of his mind he wrote the Whitley-like lament as a tribute in typical Dierks style--raspy voice and all.

The third single from his Feel That Fire CD, IWMYCYE is sure to seize the number one spot on the charts for Dierks. Especially since there are 516+ DB Congress representatives all over the world who have been waiting to start reaching all the right buttons to hear this on the radio airwaves! The DJ's won't have a chance to play anything else!

See what others are saying about the release of the new DB single:

Dierks Bentley Myspace page
Critically Acclaimed Album FEEL THAT FIRE Has Already Produced Two Consecutive No. One Hits. Dierks gets intimate with the release of the Conway-esque ballad "I Wanna Make You Close Your Eyes." The track shipped to country radio this week and goes for official adds on July 27. Bentley says the romantic song "can't be more intimate, more one-on-one, man-to- woman if you tried." He adds, "One of the best compliments I can get is when a guy comes up to me and says that one of my songs helped him out at home...maybe helped him smooth something over with his girlfriend or wife. That's the goal with this one."The Boston Globe chose this track as the album's ESSENTIAL calling it "boldly intimate" and "as sexy and romantic a song about commitment and a sense of home as you'll hear this year." The New York Times followed calling the ballad "a slow smolderer in the vein of his 2005 hit 'Come A Little Closer.'"

Countrymusicislove.com
This single is the third track released to radio from Bentley’s latest album, Feel That Fire. He currently has racked up two back-to-back No. 1 singles with “Feel That Fire” and “Sideways” and we have a feeling that if DB’s “congress” has anything to do with it, ”I Wanna Make You Close Your Eyes” could reach the top spot as well.

Roughstock.com
Like most of country music's radio stars throughout the years Dierks Bentley has the ability to melt audiences hearts with a tender ballad and that's precisely what he seemingly is doing with his latest single, the steel-guitar-laced "I Wanna Make You Close Your Eyes." Story continues here.
Here is a YouTube video of Dierks performing I Wanna Make You Close Your Eyes in his "sexy voice" at Last Call Ball on June 10, 2009:

So, let's see where it leads, DB Congress! Straight to #1 for our president! Start reaching those buttons and say Dierks' name to all the DJ's! Let's show that we can take him to the 3-peat of #1 songs that he deserves! The official add date is July 27 but start asking now!
~Ronna
DBC Chair
Posted by DB Congress at 8:14 PM

Email ThisBlogThis!Share to TwitterShare to FacebookShare to Pinterest
Labels: DB Congress, Dierks Bentley, I Wanna Make You Close Your Eyes