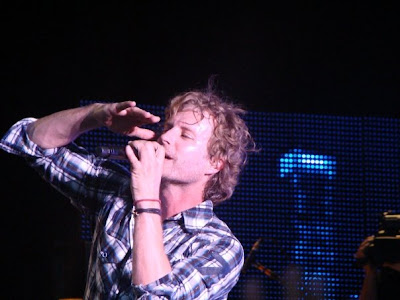 Fatima is our one and only DB Congress representative in Mexico and she does a great job of promoting Dierks Bentley on a daily basis! She finally got to live out her dream of meeting our DBC president on, of all days, the Fourth of July! And of all places, in the US--Kileen, Texas to be exact! Read on for her exciting story!

"It was my first M&G with Dierks so I was very excited! I really don't remember the exact conversation since I was so nervous and I totally blanked! I had like a speech ready and couldn't remember anything the moment I saw him coming out of the door! 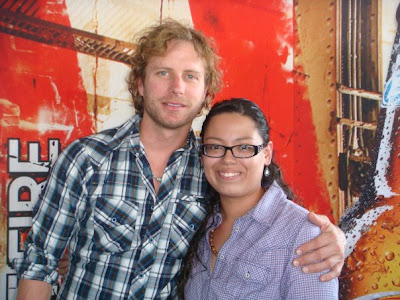 But as far as I can remember I told him I was very excited and happy to meet him for the first time, also that I was from Monterrey, Mexico, and he asked me where Monterrey was, so I said it is about 9 hours away from Kileen. He said that Mexico was special for him. I hugged him and on the picture he signed to me he wrote "Muchas Gracias" (that is Thank You in Spanish). So I said, 'oh so you do speak Spanish?' He said, 'hmm un poquito (little bit) hahaha.' 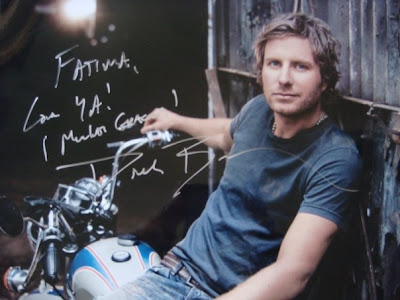 It was amazing. Even though the M&G lasted like 10 minutes it was totally worth it. I also gave him a gift with a letter telling him I was so proud to be part of the DB Congress and representing Mexico. Also in the bag I put tons of fun stuff from Mexico but he didn't open it because it was really packed. I just hope the Tequila chocolates didn't melt because the sun was burning!

I've never celebrated 4th of July in the US before, but it was Amazing to see fireworks and all the people getting together with their families dressed in blue, white and red colors to celebrate their independence. It's different from Mexico's independence day.

It was my dream to get to live this day and Dierks' show was amazing too. He sang for about an hour and a half and got a beautiful award from the US Military." 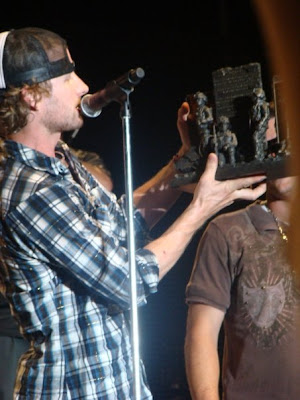 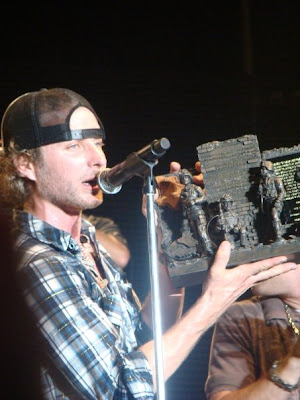 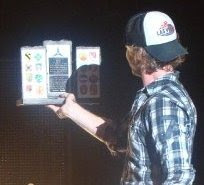 Thanks for sharing your special experience with us, Fatima!
Posted by DB Congress at 7:56 PM