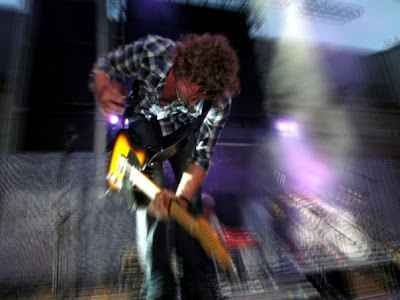 Takara couldn't believe her luck, or lack thereof, not having her name drawn from the lottery of Dierks Bentley Fan Club Meet & Greet winners. But her luck was about to change...

"I was nearing the end of my second year of being in Dierks' fan club (July 22nd), and I again thought I wasn’t going to get a Meet & Greet to one of many of the concerts I’ve been to since I’ve been absolutely hooked on Dierks' concerts and music. I have to say I was very bummed out but still absolutely thrilled that I was getting to go to a FREE concert in Kansas City!

I was on my 4 1/2 hour journey to Kansas City blasting Dierks music on my car stereo when I got an email sent to my phone from a fan club member I just recently started talking to (Clint). It’s subject was titled “YES!” When I opened it up it listed all the names that were accepted for the M&G in Kansas City! And there was my name listed among Leigh’s and Clint’s. I started squealing and felt a bit light headed. I had to take a couple deep breaths. I immediately called Leigh to find out if she had heard yet!

I must say finding out the 'day of' isn’t exactly the best practice, but hopefully the Fan Club will get things together in a few weeks.

When it was finally time for our M&G we went into one of the surrounding bars at the Power & Light District and we were directed to wait in line and wait for Dierks to show up. He walked in and said “hey guys!” Then one by one he met all of us. 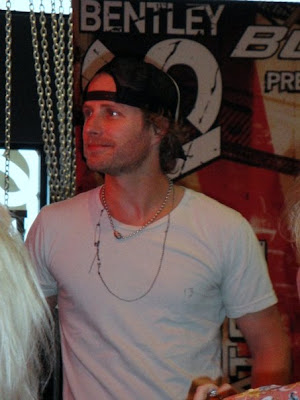 When it was my turn, he took a look at my picture and immediately recognized that it was from the Last Call Ball this year. He asked my name and I told him as he signed my photo. While he was doing so I had to ask him about his hair. I had noticed in pictures from the day of the LCB he had previously been at the Country Music Hall of Fame doing a signing and his hair was just wavy. Later when he showed up at LCB he had PERFECT GORGEOUS CURLS.

I know I’m not the only one who notices his hair, but I feel since I'm a hairstylist, perhaps I always have a watchful eye on his hair. Out of all things I could have talked about, I chose his hair, but I felt like I must know! I asked him if he does his own hair and if he uses anything. He said that it just depended on whether or not he’s been wearing a hat or not. That day he had probably put some water in it before he went to LCB because that usually does the trick. So I told him he had great hair. 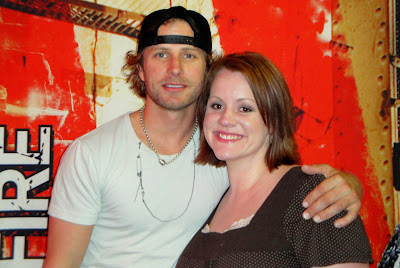 We had our picture taken, then I went to wait with the other fan club members while he finished talking to us individually. Once he was done he answered a few questions. Someone asked how Evie was. He also commented that he really enjoyed the venue with the balconies and everything. Most concerts he is always looking down into the crowd, but it’s kind of neat to look up and see people all over the place. 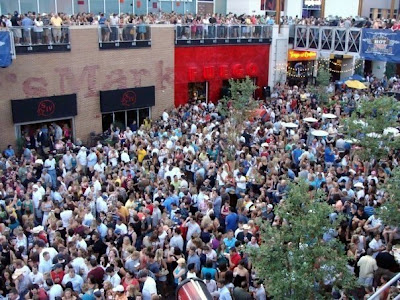 Someone also asked if he planned on headlining again soon and he said “probably in November.” I hope it’s true!

It all went so QUICK, but I was thankful to finally get my chance! I can’t wait until my next opportunity!" 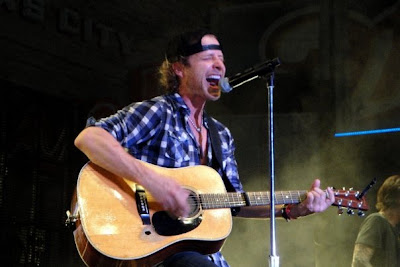 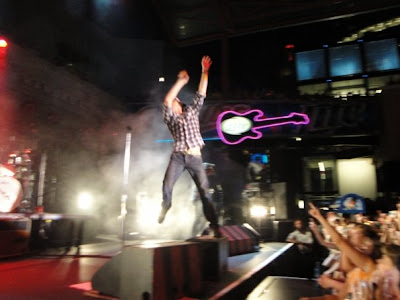 How lucky were you! Thanks for sharing!
Posted by DB Congress at 8:49 PM