"picked up a hitchhiker in colorado...#fb "

One listener called in to WQYK in Tampa today to tell the DJs she read where Dierks Bentley picked up a hitchhiker and so the discussion began. My husband called in to say DB better be careful--picking up hitchhikers can be dangerous--remember that Aileen Wuornos was a real scary serial killer who killed seven men in Florida between 1989 and 1990 (see the movie, "Monster").

So my husband called me at work to see if I was listening--he knows anything he hears that's "dierks" related to let me know! So I quickly pulled up Twitter on my phone and saw the caption in question, and then this picture popped up: 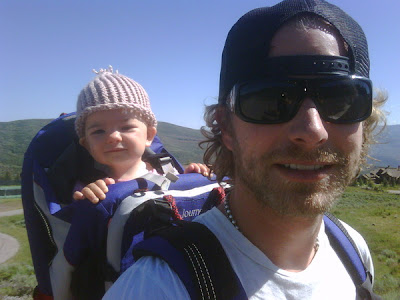 So I called my favorite DJ-Veronica-to clear up the "hitchhiker" rumor and she played the clarification on the air! Thanks V-Girl!

Morale of the story? Don't believe everything you read until you see the whole picture!