CAN YOU FEEL ME?

The first part of the Dierks Bentley, "Can You Feel Me?" article is now up on the American Songwriter website. It will hook you and reel you in, and you'll have no choice but to get the magazine to read the rest!

My three favorite quotes from the Craig Shelburne interview with Dierks:

“I can’t sing stuff that is overly ‘country,’” he says. “I wasn’t raised on a farm and I’m not really comfortable singing stuff that’s not who I am. But I’ve traveled and I’ve been all over this country, and I’ve found that country music isn’t about wearing a cowboy hat and growing up on a farm. It’s a lifestyle, it’s a culture, and it’s a mindset.” 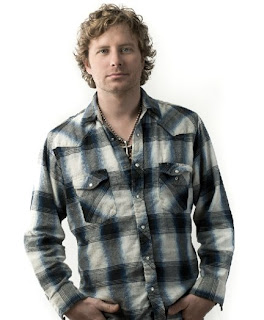 "I have a playlist of about 100 pieces [of songs] like that on my iPod and Cassidy, my wife, likes to take my iPod and go jogging to it. That’s how she found “Free and Easy,” which was a Garage Band thing I had done, and she said that was pretty cool. And the same with “Pray.” She said, “This is an amazing song. You guys have got to finish this.”

I find it ironic that he says he didn't want a record deal because that seemed like a lot of work. In reality, nobody works harder than Dierks.

Order your very own Dierks-on-the-cover copy at the AS Store on the website for just $6.95 and free shipping! What a relishing, rare piece for any DB collection!
Posted by DB Congress at 9:35 PM