HEY DIERKS, IS BLUEGRASS-"ISH" A WORD? 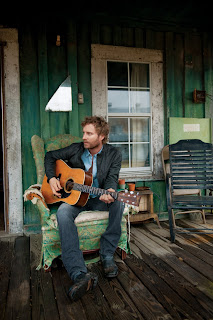 According to oregonlive.com, "Dierks Bentley made a bluegrass record. Sort of. It arrived billed as a bluegrass record, and his publicist emailed the title track, Up On The Ridge, ahead of the interview, and, as bad as I felt to be the one to break it to Bentley, it didn't sound like that radical a departure from, say, his first big hit -- What Was I Thinkin'.

"I hate to put a label on it, because when people hear the record, it's definitely, there's a big lack of electric guitars," he said.

But an abundance of many of the instruments that form the foundation of his best songs. And, it turns out, there is some pretty serious bluegrass on the disc, too.

The kind of stuff that attracted him away from the classrooms of Vanderbilt when he first got to Nashville. It wasn't the Music Row stuff that grabbed him, it was the house band at Station Inn -- the Sidemen.

"They turned me on to a whole new world," Bentley said. "When I got there, the whole country scene, I was a little turned off by it. It wasn't me. They weren't writing their own songs. It was artificial to some degree. It was different than I thought it'd be. I walked into the Station Inn and discovered real people playing real instruments."

After coming off his last tour, he was playing with a couple of different projects, but this album, let's call it bluegrass-infused, took hold. He ended up pulling in top-end players like the Del McCoury Band and the Punch Brothers. He loaded it up with singers and players like Alison Krauss, Vince Gill, Jamey Johnson and Miranda Lambert.

He and his pals made interesting song choices. They do a Bob Dylan tune -- Senor (Tales of Yankee Power). They do a U2 tune -- Pride (In the Name of Love). They do a Kris Kristofferson tune -- Bottle to the Bottom.

They got Kristofferson to sing on that one.

"He lives in Hawaii and I thought, Maybe we can fly to Hawaii," Bentley said. "But that wasn't in the budget."

Fortunately, Kristofferson was going to be in Nashville and in a studio, so they barged in on that. Unfortunately, the film guy who'd been recording a lot of the recording of the album couldn't make it, so Bentley was trying to capture it all on his iPhone, because, how often are you in the studio with Kris Kristofferson playing one of the guy's perfect songs?

"Next time I'm not going to write a song with so many words in it," Bentley recalled Kristofferson saying as they worked."

Read the rest of the article here.
Posted by DB Congress at 10:09 PM

Email ThisBlogThis!Share to TwitterShare to FacebookShare to Pinterest
Labels: bluegrass, Dierks Bentley, Kris Kristofferson, oregonlive.com, Up On The Ridge