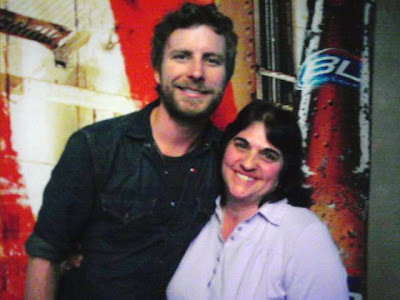 Do you remember when you first joined the Dierks Bentley Fan Club? If your experience was anything like mine, it was a little intimidating! I was 45 and had never been in a fan club and had no idea what a "Meet and Greet" was all about. So I read everything on dierks.com and with the help of some great long-time fan clubbers, I learned a lot and after three tries, won my first M&G!

Now, five years later, it was my turn to pay it forward. Geraldine joined the Dierks Bentley Fan Club recently and was in the same position I was back in 2005. The new Pennsylvania DB Congress rep reached out to me to get some answers. "I do apologize for sounding so dumb, but as I said earlier, I've never done this before. I have no idea how any of this works...I just know I would really love to meet Dierks one day. To be honest with you, this will be my first concert ever."

Boy, did I know how that feeling! So I told her not to worry, that I had been there too, and pointed her in the right direction.

A few weeks later, Geraldine emailed me again. "Just want to thank you for your help a couple of weeks ago...I got a meet & greet for the Mansfield, PA show. I am so thrilled to finally get to meet Dierks. I think I'm more excited than a child in a toy store. I have a feeling these next two weeks are going to creep along. Again thanks for all your help."

Finally, after the April 9 Mansfield show, Geraldine shared her experience:

"My meet and greet was better than I had imagined it could be. I certainly read him right...he is truly a sweetheart. After the M&G he took us to his dressing room and sang 'Up On The Ridge,' and he was fantastic of course. I love how he makes you feel so comfortable around him. What a guy...sure hope I get that opportunity again. Loved him before...love him even more now! And his concert was GREAT! I hated to see it end. Waited until I couldn't see him anymore, as my husband tugged at my sleeve. Then sadly, I had to leave. On a brighter note though, I left with a precious memory that I will treasure forever." 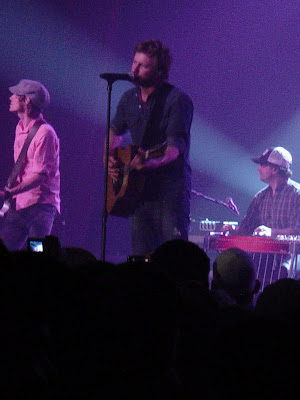 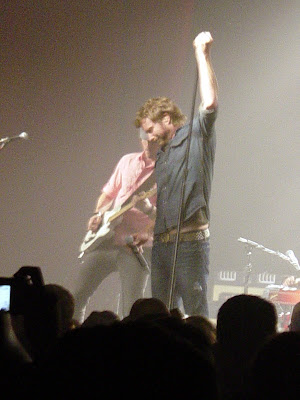 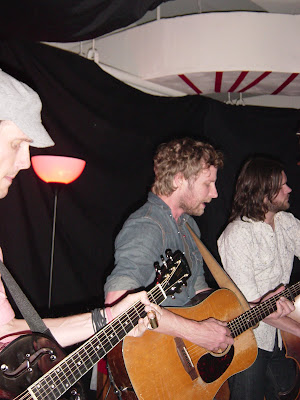 Asked to share some of her one-on-one conversation with Dierks, Geraldine says, "He loved my name, thought it was very pretty. He asked it's origin, but I had no idea. I told him everyone likes it but me. I let him know how much I love his music and that I am always looking for more. He smiled (real cute, I might add) and said it's on it's way. Then walking through the hallway I passed Nid's message to him, asking him to follow @dierksfans on Twitter again. Said he'd talk to the person who handles it for him. Then we reached the dressing room. And sadly, my time to talk with him had to end. Sometimes life sucks...that was one of those moments! But I was lucky enough to snuggle in close to him for the group picture. I keep checking to see if he posts it on dierks.com like he said he would. I left a message on dierks.com, just don't know if he'll ever see it. Wish I knew a sure way to get the message to him."

Don't we all wish that! Thanks for sharing, Geraldine! Welcome to the DB Congress family!
Posted by DB Congress at 3:02 PM