Angie, Choppergirl, is a DB Congress rep in South Carolina, but North Carolina was her destination last weekend....

Friday afternoon me and Keesh hit the road in her famous "Dierks Mobile" decorated and ready for our DRT. We are on the road to Charlotte where we meet my friend Kim(also a Congress member) in Gaffney and we continue on our way to the venue. We get there and get our tickets and all of a sudden Keesh spots Dierks jeep!! We run down to where he is hanging out tailgating with fans - got to talk to him as he got back to the jeep to go get ready for the show. We took a few pics before he left, and seeing him had us even more excited and ready for the show! It starts to rain and we ended up getting soaked before going into the show, but it didn't matter to any of us because we had just seen Dierks Bentley! 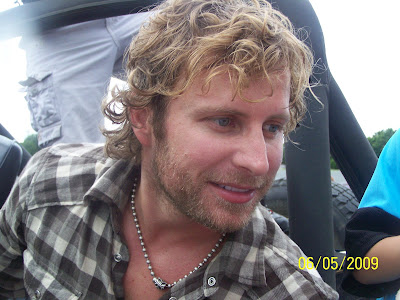 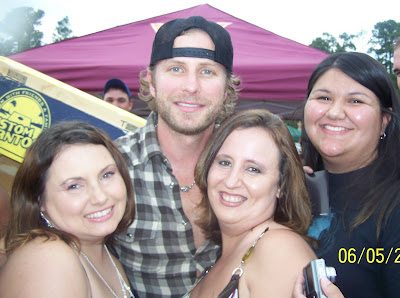 Jimmy Wayne opened the show and was awesome! Next our man was on the stage and he came out and rocked the place starting out with singing "Sideways!" He was so full of energy and him and the band were awesome as always. He sang a variety of songs like "What Was I Thinking", "I Wanna Make You Close Your Eyes", "Feel That Fire" and a amazing bluegrass version of "Come A Little Closer"! It was awesome! Dierks sang some more and kept the crowd on their feet! We were all sad to see his set come to an end, and we were very disappointed because the man from the venue wouldn't let us use flash on cameras so my pics didn't turn out very well. I was glad I had my pic from outside though! Brad put on a good show! After it was over we ran into some more Congress members who I had never met, but we talked for a while (I wish I could remember all their names!). I saw a couple of DB Congress shirts in the crowd! Kims friend, Gina, had joined us at the show and it was her first DB experience - she left there being a new fan!!

As we were walking out, we saw Rod and talked to him and all got pics with him. He is such a sweetheart!!! 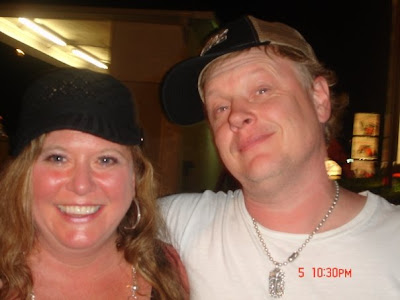 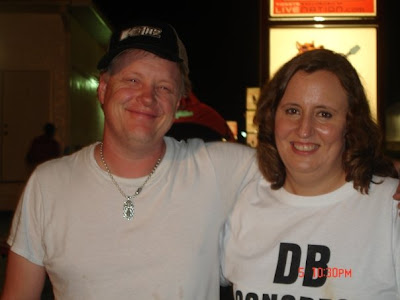 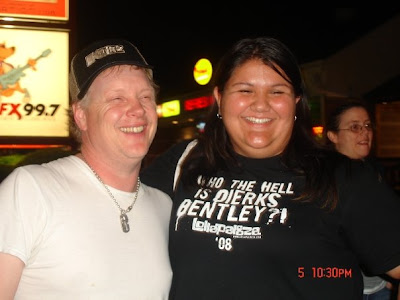 It was an amazing night, but me and Keesh were so pumped up because we were headed to Raleigh to be there for the Saturday night show!! We drove up that night and went to the venue early the next morning. We had planned to tailgate, meet friends and hang out all day, but we were told that we had to leave because the parking lot was closed until 4pm. A little before 4pm, we headed back and got our tickets. As we were parking there was the awesome jeep that belongs to Mr. Bentley!! He actually wasn't in it at that time, but later came riding back out into the crowd. Me, Keesh and Misty (all Congress members) got our pic made with him! He's so sweet for taking the time for us fans! We headed to get in line, and after that we were anxious to see him perform again! The Raleigh show was great also, and we met some new fanclub members - Carrie, Ashley and some that I didn't get their names. I saw Haley, whom I had not seen since the Greenville, North Carolina show last September. When Dierks took the stage he rocked the place once again, and had everybody on their feet singing along!! Our seats at this show weren't as awesome as the Charlotte show. In Charlotte we on front row, but in Raleigh we were way back in section 5. It was still awesome to see Dierks run from one side of the stage to the other and sing all our favorite songs!! 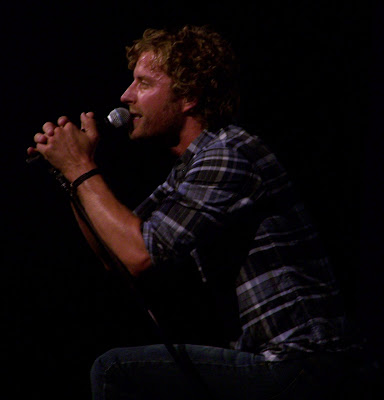 I had several girls ask me about my Dierks bracelets and wanted to know where they could buy one. So, I gave the ones I had away and told them all to check out the fanclub website. After Dierks performed, we left because we wanted to beat the crowd and we had a long ride back home - at least 5 hrs to my house and a little further for Keesh! As we were leaving, I got to meet Jimmy Wayne - which was awesome! It was really awesome doing two Dierks shows back to back!! Can't wait to see him again this week at LCB and again in South Carolina in July! We had an awesome DRT!
Posted by DB Congress at 8:01 PM