Charlie and David may live four states apart - one in Massachusetts, the other in Kentucky - but they have more in common than you might think. They are both single dads, raising teenage daughters. But even more than that, all four share one common thread--a passion for the music and supporting their favorite country music artist, Dierks Bentley.

Charlie and Leah celebrated Father's Day early, when they traveled to Boston and Hartford last weekend to see Dierks in concert--just dad and daughter. DBC rep, Charlie, from MA, came up with his user name from a coffee blend named after his late wife and himself. "Mochamurph" was a coffee, Monique and Charlie Murphy blend. 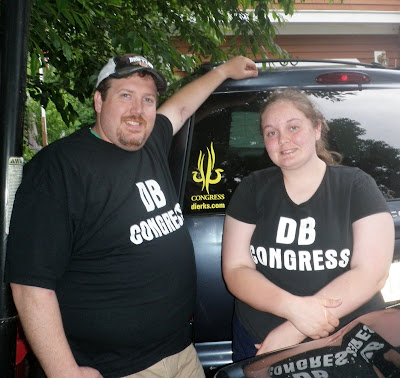 Leah named herself 'Phantomleah,' derived from her love of Phantom Stallion books. The junior in high school loves horses, and is studying small animal sciences. At Leah's first concert she met Dierks on Dec 7, 2007; ironically, she lost her mom, Monique, exactly one year later to breast cancer. "She was one of Leah's biggest fans, and was very proud of Leah and her choices in country music," Charlie remembers fondly. 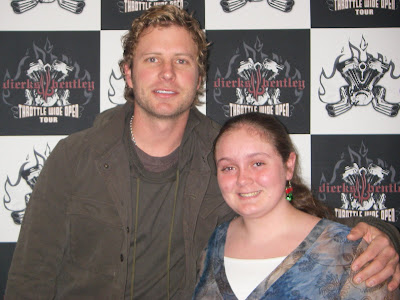 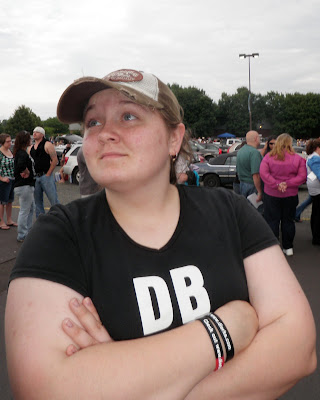 "During the MA/CT weekend, Leah got to hold Jimmy Wayne's hand during a song and met him afterwards, a SMALL second prize (vs. getting a M&G with Dierks), " Leah tells her dad. "Friday's concert in MA was great, but we think Saturday's in CT was much better. 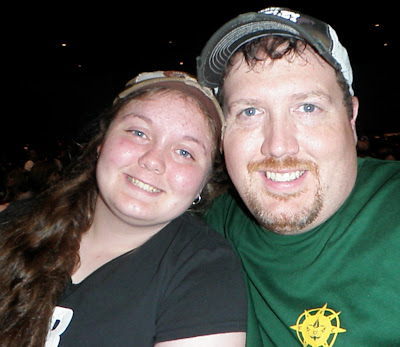 Our seats were really close and Leah met a few gals from the DB Congress--Heidi from Norway and Jen (Shelly). I'm taking some of my adult friends to the Mohegan Sun CT casino to see the show again October 23rd. Maybe I'll get to meet him then. " 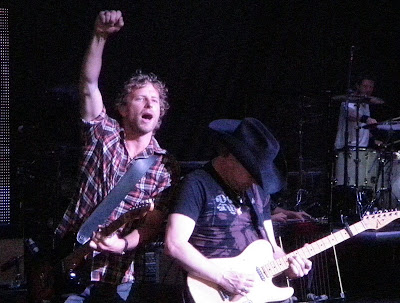 Leah's favorite song is Settle For a Slowdown and Charlie's is Long Trip Alone. They both love Sideways, and their daddy-daughter song is Beautiful World.

"This was the first time in Nashville for Malorie. As we drove through downtown I could see the exitement in her eyes! We arrived at the Mercy Lounge early and my first objective was to hoist the DBC Banner. We then found our spot by the door and tossed our blanket for a seat. A small handful of Congress members were already in line as we enjoyed some chat with them. 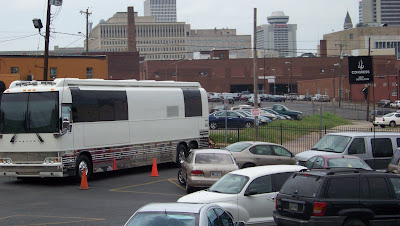 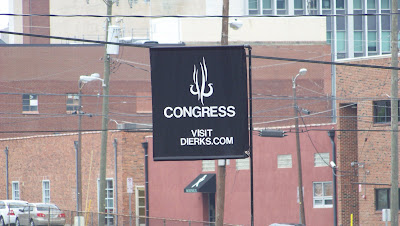 As the day went on the line went out into the parking lot and around the building. Great to talk to so many Congress members as they arrived. When the doors finally opened we found ourselves at a table with Holly and Janet. As Dierks came on we worked our way towards the stage. Malorie got busy giving concert calls to her friends. Dierks' set was awesome and we loved every minute of it.

When it was our turn for the M&G we wanted a pic of Dierks, Malorie, and myself. As he greeted us he told Malorie that he remembered meeting her at the Indy show two years ago. Malorie told Dierks that her friends don't believe her when she tells them that she knows Dierks...he got a chuckle out of that! She talked to him about FTF and told him that we would see him in Cincy on 6/19. We got our pic taken and headed out to get our LCB shirts. 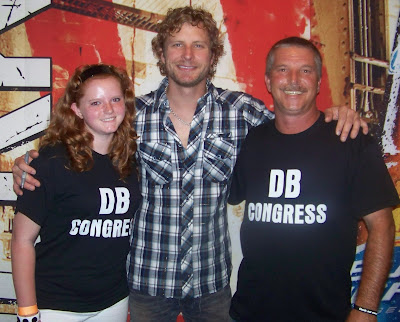 We stayed outside and talked to other people as they were leaving. We even watched Dierks jump in Big White and leave the lot. I dismantled the Banner and we were on our way back to Louisville.

But the highlight of my night came in the first 30 minutes we were on the road. Malorie fell asleep not long after we got out of Nashville! But she told me that was the "best" concert she had ever been to. That she loved being able to walk around and do whatever she wanted to. To talk to anyone she wanted to and to get a free soda whenever she wanted! And on top of all that to be able to talk to Dierks for a few minutes!

And it was comforting for me to know that while she was walking around the concert she was with "friends." To me, that means everything! As a single father raising two teen-aged daughters it's nice to know that everything is ok when she is around other DB Congress members. Thanks to anyone and everyone who talked to Malorie on the night of her "best concert ever"......especially Dierks!"


Just ten days after Last Call Ball, David and Malorie ventured out on another DRT to Cinncinnati on Friday, June 19. Dierks says 'hi,' and Jimmy Wayne, Brad Paisely, and Dierks perform "Alcohol" together. 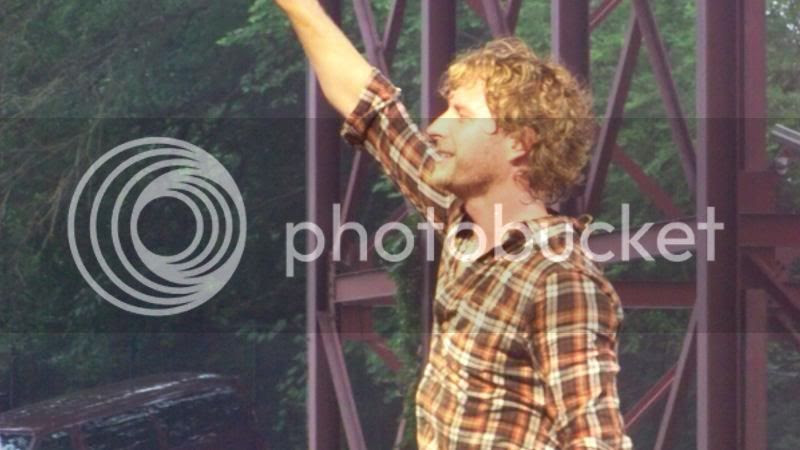 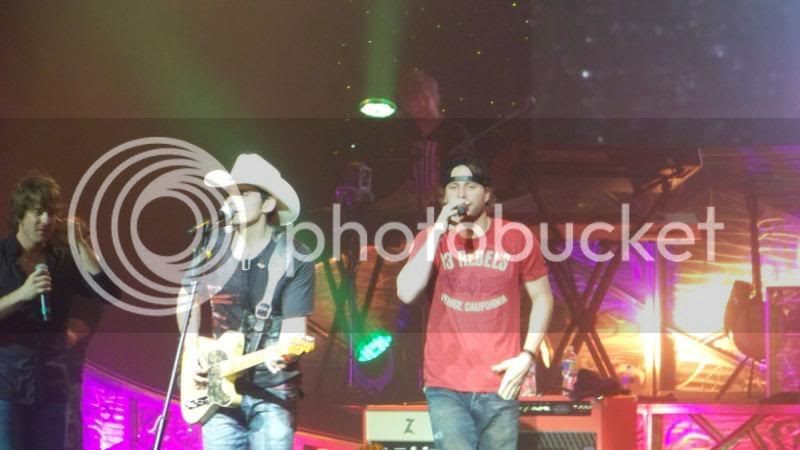 HAPPY FATHER'S DAY CHARLIE AND DAVID! What a special bond Dierks' music has brought about for you and your daughters!
Posted by DB Congress at 4:55 PM