On January 12, the Apple Retail Store, SOHO in New York City, experienced Dierks Bentley's electricity as he performed songs from his latest album, Feel That Fire. 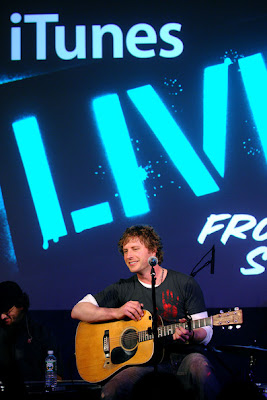 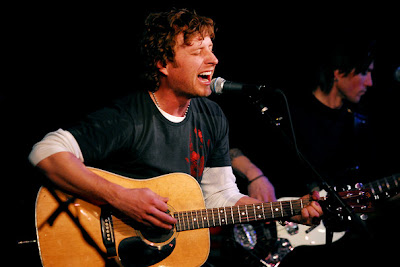 Track Listing:
1. Feel That Fire
2. Sideways
3. I Wanna Make You Close Your Eyes
4. Life On The Run
5. Trying To Stop Your Leaving
6. Free And Easy (Down The Road I Go)

Bentley and country superstar Taylor Swift remain the only two country artists to participate in the program, which has also featured GRAMMY winning artists such as Adele, Kings of Leon and Linkin Park. The second single "Sideways" from Bentley's No. one debut album FEEL THAT FIRE continues to plow its way towards the No. one spot at country radio, landing at No. five this week. Fans can catch Bentley perform at LP Field during CMA Music Fest on June 11 and on the CMT Music Awards on June 16.
Posted by DB Congress at 9:52 PM