Dierks Bentley was scheduled to sign autographs at 11:00 am on Wednesday, June 10 at the Country Music Hall of Fame, but the line was wrapped around the building by 9 am. I was told there were some fans there at 3:30 in the morning! Now that's Dierks dedication! 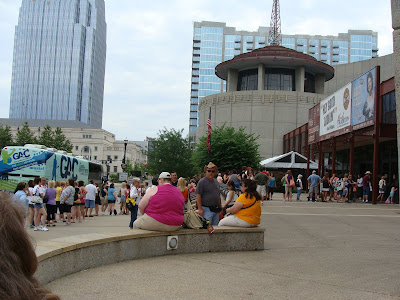 A voucher was required by buying a Feel That Fire CD through the CMHOF Museum Store online and that was the item you were allowed to get signed. The other rule--in order to get 200 people through the line as quickly as possible--was a "lean in" photo. When I read that, I was thinking Dierks will never stand for that! He loves standing next to his fans for photos. I was sooooooooo fortunate to get a voucher and was the first one in line for the "D" for Dierks line. Of course there was an A, B and C line as well so we were the last group. 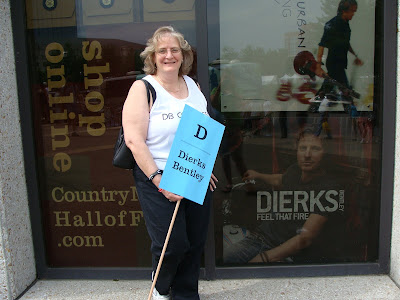 They took one group in at a time, and Dierks was signing in the far back corner of the store. It was great meeting Rachel from Ontario and her mom. She had on a Pittsburgh NHL Jersey and I told her Dierks is gonna love your jersey. She had never met him before so she was all smiles! 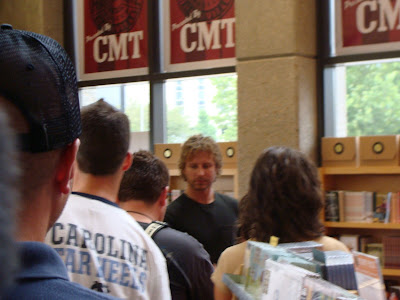 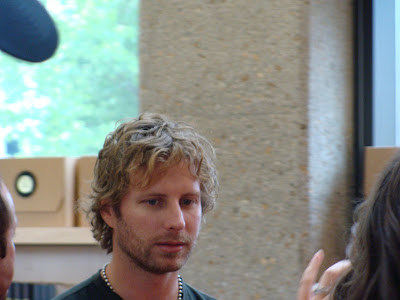 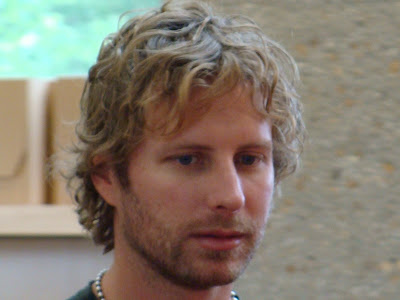 Dierks gave the following compliment about The Hall in a CMT.com article:

"There are a couple of things that came along that I couldn't say no to," he said. "The Country Music Hall of Fame asked me to sign. I love the Hall of Fame. It's really important to know the history of country music. The music is changing so rapidly, and it's so important, maybe now more than ever, to be aware of the guys that started this thing. I was happy to come sign for them and bring some fans there." 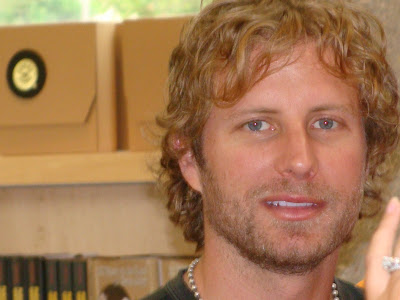 Finally, 3 hours of standing in line, it's my turn! As I suspected, no lean in photo, which just made my day. And the 3 hour wait just melted away--sooooo worth it! Got a hug and a "thanks for representing the congress" in my white tank. I asked him if he would do a video message to the DBC later that night at LCB and I think he wanted to do it right then but I didn't want to hold up the line, so I started walking away since the photo and signing was done, but he kept walking with me and talking to me. *smiles* 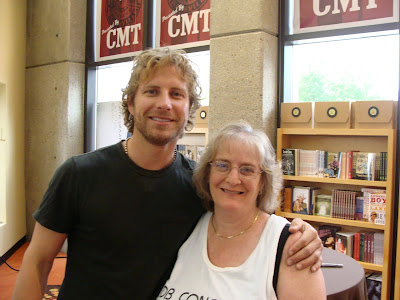 Story continued in a series of LCB blogs throughout the weekend...