If you're following these blogs starting at the bottom with the Country Music Hall of Fame Dierks autograph signing session, you might remember Dierks agreed to let me video him giving a message to the DB Congress. So I made sure to go last in the M&G line at LCB so I didn't hold anybody up.

Going last has pros and cons. Pro--I don't feel like I am taking too much time from anyone behind me. Con--he's reeeeeeally tired after meeting 349 people before me. But that's ok--he trys so hard not so show it. Still has that great smile!

I gave him a thick envelope--this is for you for later - he knew right away there were photos inside and said thanks and he and the guys would look at them on the bus. We took the photo first and although it was tough, I stopped talking to get the shot with me smiling instead of my mouth open. 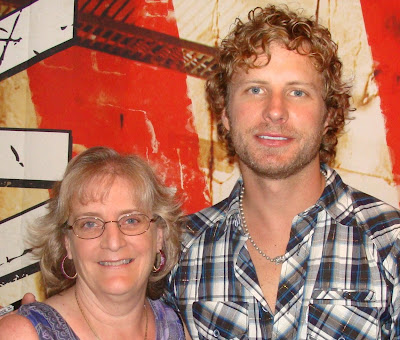 I asked him to sign a few magazines (Country Weekly cover, American Songwriter cover, CW featuring the DBC website and the AAA Going Places mag with his pic in it). I tried to get him to go to the table to have a hard surface but he said he could sign better holding them. I told him everybody at work thought I had something to do with getting him in the AAA mag, but I didn't--and he commented, 'So they just put me in there at random?' Yep. 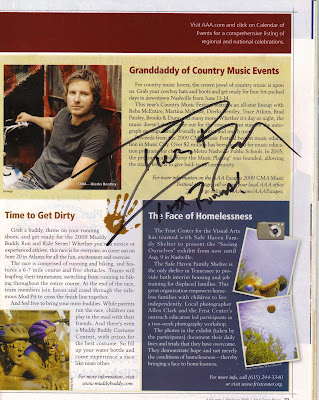 I mentioned how that was a hard-won campaign for the CW cover and he said yeah it's hard to get that. I asked him if he heard the trivia game while it was going on, and told him I made them up and he said 'you got them all right?' I said, 'No, I made up all the questions! And I made the name tags, too.' He just looked at me - really? - and then kept on signing. When I looked later, he wrote this on the CW cover: "Thanks for all the help with our Last Call Ball!" 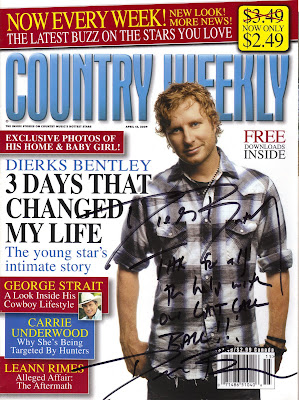 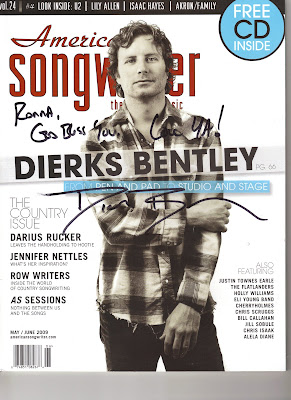 When he was signing the CW DBC website page he started to sign, then stopped, read the actual article for a few seconds, and said 'this is so great', then finished signing. 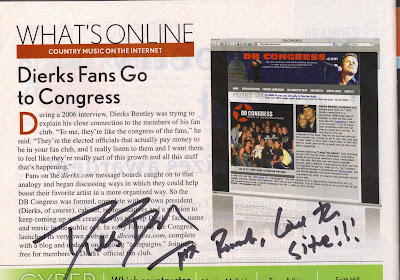 Finally, I gave him a small gift bag and told him you don't get a gift this year--this is for your girls - DB Congress shirts - a black tshirt for Cassidy and a small baby pink one for Evie. On the back it says "Dude's Wubba Nub Girl Evie." 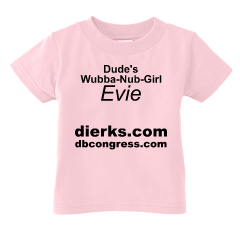 Now he's getting ansy--ready to go hang out with Randy Rogers and the gang I think-- so he put the bag aside to look at later. But he did say 'thank ya'll' for the dbc shirts for his girls. Hugs!

Now it's time to do the video message, so I asked if he was ready to do that - 'yeah let's do it' - I started to walk over and get my camera to shoot it, but he kept his arm around me and made me be in the video!

Next blog...the video message from our president!