After handing out all the name tags - which was a great way to meet all the DB Congress reps and their guests - and everybody was able to be inside in the cool air, the Bud Lights were free as is customary at LCB. The food was Mexican, although I think I had two bites before the trivia started. Fiona and Coop (aka Mr. Clean) did a great job getting the crowd pumped for Dierks to come out. I couldn't play since I was asked to write the trivia questions so I took photos during that time. Fiona handed out all kind of prizes from Sidways koozie cups to autographed Tshirts and retro Dierks memorabilia. 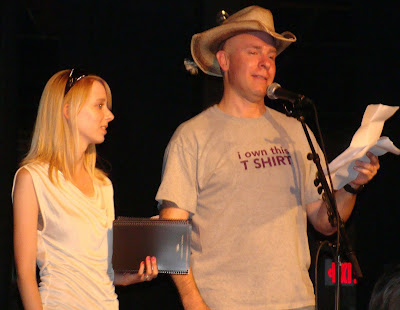 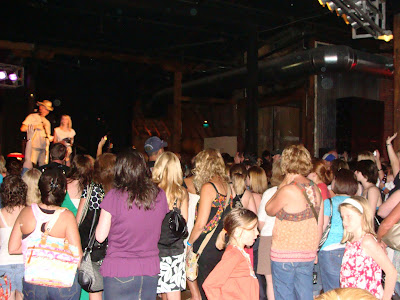 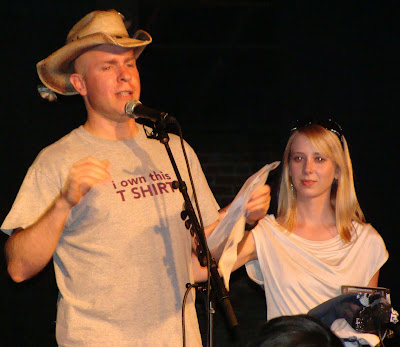 Here are the trivia questions. How many do you know? Click on "comments" to leave your answers!

Now don't cheat by reading your FTF liner notes! I have a prize for the first one who gets them all right!