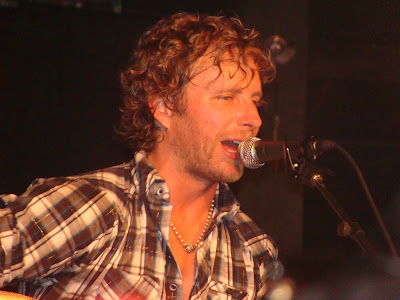 When the trivia was almost over, Coop said Dierks would be out in about 17 minutes, but I don't think it was even 5. Dierks just came walking out like he was part of the production crew--no introduction, no announcement, just him and his guitar. "Hey guys how ya doin?" Caught me by surprise. I thought I was gonna have a few minutes to eat, but forget that!

Of course the place went wild. Rod and Tim and Dierks played acoustic the whole set--no Set List--all songs were pretty much on request. Robbie and Steve came out and made an appearance before they started. 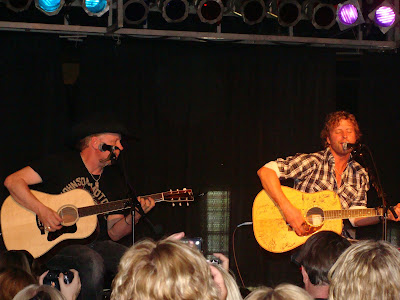 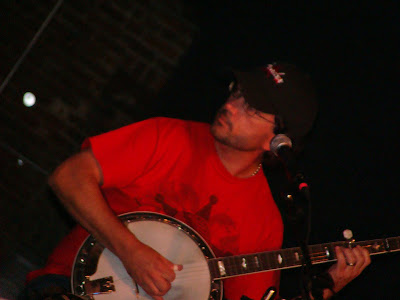 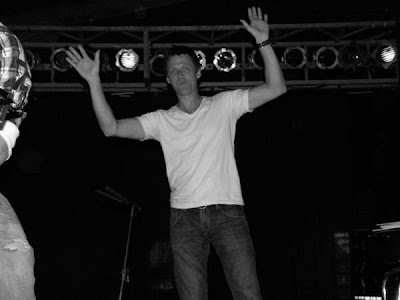 A man of his word, Dierks had promised previously to sing "Don't Leave Me In Love" and he did it beautifully! His voice the entire 70 minutes was at his ultimate best...the words though...he sometimes changed up...uh...for effect, right?

That's what I love about Dierks--he's NOT perfect--that's how he stays down to earth with his fans, who are not perfect either--at least I know I'm not. He laughed it off and at one point even apologized and said he was embarrased for forgetting the words, but dude--no need to be sorry! We were the one's throwing out requests that you probably hadn't sung in forever. We totally love you for trying--just hearing your voice was enough! Our love in unconditional.

So, without further rambling, I have a few videos for you below. The complete set list is here, too, and Nid has the entire audio from XM Radio for you on dierksfans.com.

Don't Leave Me In Love (video)
Wish It Would Break (video)
Distant Shore
Life On The Run
Come A Little Closer
So So Long
Hey Jordan (video--highlight of the evening)
I Wanna Make You Close Your Eyes
Free And Easy (Down The Road I Go)
Better Believer (video)
Cab Of My Truck
What Was I Thinking?


Dont Leave Me In Love:

Wish It Would Break:


End of What Was I Thinkin' and final comments before M&G:

Email ThisBlogThis!Share to TwitterShare to FacebookShare to Pinterest
Labels: Better Believer, Dierks Bentley, Don't Leave Me In Love, Hey Jordan, Last Call Ball, What Was I Thinkin', Wish It Would Break